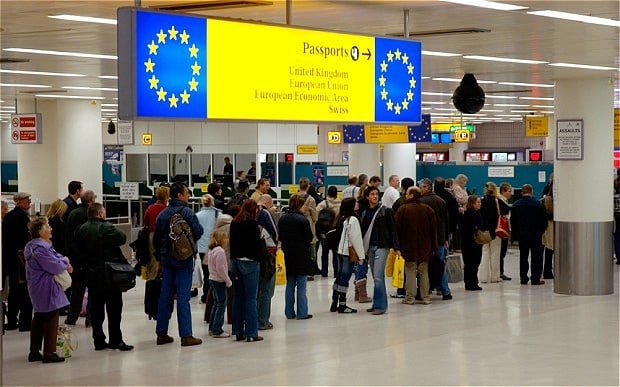 One of the major policy contention points as the UK leaves the EU is immigration – it’s one of the main reasons people voted the way they did in 2016.

The Welsh Government recently outlined their position on post-Brexit migration in a new paper (pdf), which they describe as “fair movement”.

In summary, they propose:

In the paper’s foreword, the First Minister says:

“It is a policy which would be fair to EU citizens who have already made Wales their home….fair to those who come in the future, who we will need if our economy is to flourish and our public services are to work effectively, and fair to those across our country who feel vulnerable to what is seen as competition for work, benefits and public services.”

Around 79,000 people from EU member states live in Wales, which works out as about 2.5% of the population – far lower than the UK average of 5.2%. Also, around 4% of Welsh children live in a household where at least one parent is an EU, EEA or Swiss citizen.

There’s no specific data for how many Welsh people are living in the EU.

At the moment, EU, EEA and Swiss citizens can move freely to the UK (and vice versa) with a few restrictions. After 5 years they become a permanent resident. The rules for migrants from outside the EU, EEA or Switzerland are stricter, with a requirement for work permits.

With the UK Government seeking to limit the number of people moving to the UK, the rules for EU, EEA and Swiss citizens are likely to be significantly tightened. The Welsh Government is concerned this will impact the economy as large numbers of these citizens work in the Welsh NHS (7% of doctors in the Welsh NHS are from the EU, for example), in the tourism industry or construction.

Mark Isherwood AM (Con, North Wales) warned – using the words of Greater Manchester Mayor, Andy Burnham – there might be a backlash from voters if they feel this is the establishment trying to deny the referendum result.

Neil Hamilton AM (UKIP, Mid & West Wales) said immigrants brought no measurable benefit to the UK economy and said there was a double standard in applying no rules to Europe while at the same time applying strict border controls with the rest of the world.

There were more supportive comments from Steffan Lewis AM (Plaid, South Wales East) who called the proposals “pragmatic” and questioned the UK Government’s desire to grant the City of London a “special status” on migration at the expense of the rest of the UK.

For all the clear, well-thought-out proposals in the paper, it’s not going to matter a jot.

Immigration policy is non-devolved and decided in Westminster by the UK Government – end of. What they say goes.

Good ideas don’t necessarily mean people will like them. People in Wales have less favourable views about immigration than the rest of the UK, despite levels of immigration to Wales being much lower than the UK average; 86% of respondents to a survey said immigration should be reduced.

Not enough has been done to establish why people feel that way and what can be done to turn around attitudes or address their concerns – which might, in some cases, be perfectly legitimate. That’s where the paper falls short.