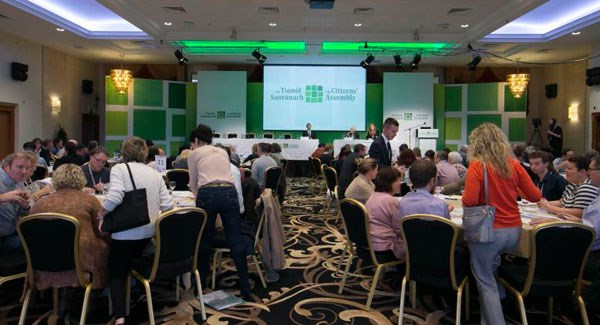 The latest proposed Member’s Bill came from the much-respected parliamentarian, David Melding AM (Con, South Wales Central). His proposal aims to, in his own words, increase citizen participation in politics to improve the efficiency and effectiveness of public services.

David told the chamber that politics has lost its excitement and is now a background feature of daily lives instead of “the force that makes our lifestyles possible”. Democracy has also been slow to adapt to technological change.

His proposals revolve around the creation of a “Citizens’ Chamber” made up of members of the public who would be selected in a form of public service akin to jury duty. Individuals would pick areas of interest and periodically meet to discuss the actions of the Senedd and Welsh Government in that area, run polls and come up with ideas for laws which could be fed into the Senedd itself.

David also wants to see more participation at lower levels, suggesting larger town & community councils could have directly-elected mayors or an element of drafted citizens added to the body of the council itself.

Jenny Rathbone AM (Lab, Cardiff Central) believed there was merit in the proposals and the NHS in particular needs more citizen participation. However, she added that voter registration has been actively suppressed and more effort should be made to register citizens to vote when they apply for basic services with local authorities.

Suzy Davies AM (Con, South Wales West) also supported the proposals as it would “call on untapped social capital to contribute to social cohesion” and “build that confident, proactive and politically engaged citizenry.”

Gareth Bennett AM (UKIP, South Wales Central) believed that while the proposals were laudable, there were practical challenges to overcome; AMs are paid to do the job on the public’s behalf, while a large swathe of the public aren’t interested in politics – even the semi-engaged may be turned-off by the idea of a citizens’ service.

On behalf of the Welsh Government, Leader of the House, Julie James (Lab, Swansea West), acknowledged the idea as “exciting”, but there were models for citizens’ service other than what would amount to a second chamber to the National Assembly. There was also a danger that such a body would become self-selecting, particularly if there were demand for expert opinion – but there are opportunities for digital/new technology in improving engagement.

So, the Leader of the House neither supported nor rejected the idea in principle and believes it’s more a matter for the Assembly Commission (as the body running the Senedd and its outreach/engagement programmes) than the Welsh Government.

In reply to the discussion, David Melding told the chamber he was “optimistic” some of these ideas could be taken forward.

With the long-awaited report on reform of the Assembly due next week, watch this space, I suppose.