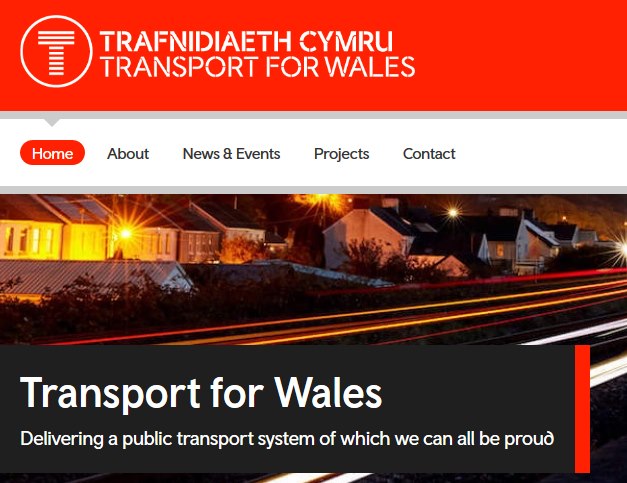 Transport for Wales (TfW) is a not-for-profit company established by the Welsh Government to advise and support major transport projects in the country – at the moment focused on the new rail franchise and the South Wales Metro (more from me on the latter tomorrow).

Economy & Infrastructure Secretary, Ken Skates (Lab, Clwyd South), told AMs that the aim is for TfW to eventually own or operate public transport networks in Wales – though there was no detail on timescales or how to achieve that vision.

“Significant progress” has been made with the UK Government on the next rail franchise with agreements reached on a number of unspecified issues. TfW is also working to ensure small and medium-sized businesses are given opportunities to work on these projects, with a new office in north Wales being sought.

Shadow Economy & Transport Minister, Russell George AM (Con, Montgomery), said there were “serious questions” about the capacity at TfW to manage major projects; when would extra staff be recruited and, more importantly, would there be confirmation hearing with AMs?

Adam Price AM (Plaid, Carms. E & Dinefwr) focused on the powers issue, particularly timescales – adding to later criticism from Jenny Rathbone AM (Lab, Cardiff Central) about UK Government delays – funding issues and the operation of English stations by the Welsh rail franchise. He also asked whether the Welsh Government had sought to amend the Railways Act 1993 to allow a public sector operator as in Scotland? Ken said on the latter than the Welsh Government “continues to press” for an amendment.

Mick Antoniw AM (Lab, Pontypridd) was pleased by the impact the developments would have on his constituency, particularly a depot at Taffs Well, basing TfW’s HQ in Pontypridd and rail engineering apprenticeship tie-ins with Coleg y Cymoedd. He did, however, call for clarity on funding and the phasing timescales of the Metro, particularly how long it might take for completely new lines to open?

David Rowlands AM (UKIP, South Wales East) supported the principle of Transport for Wales becoming a body similar to Transport for London.

On regional issues, John Griffiths AM (Lab, Newport East) called for improved cross-border services between Newport and Bristol, while Mark Isherwood AM (Con, North Wales) called for the Welsh Government to support a regional transport authority for north Wales.

Lee Waters AM (Lab, Llanelli) was pleased TfW will look at “door-to-door” journeys, which would presumably include active travel/walking & cycling – though he hopes TfW will have the right skills to do so.

Vikki Howells AM (Lab, Cynon Valley) wanted to ensure communities are properly consulted so that Metro services would suit their needs – to which the Cabinet Secretary said the bidders are seeking solutions which could combine different types of travel.