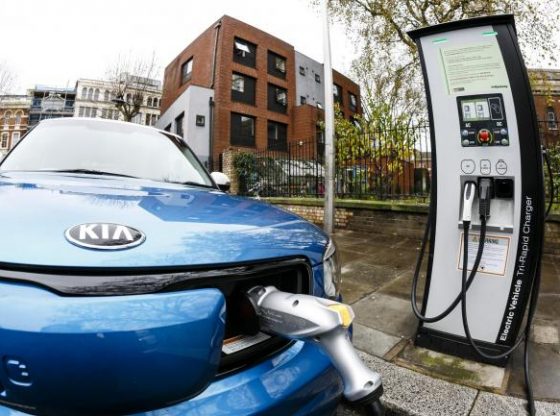 Time for another discussion on what might be a future backbench Member’s Bill. It was the turn of Rhun ap Iorwerth AM (Plaid, Ynys Môn), who is proposing a law to ensure that all new buildings must have charging points for electric vehicles.

He acknowledged that electric vehicles are still a novelty here, but with plans for the UK to phase out diesel and petrol engines from 2040, it was time for Wales to lead the change and one of the biggest barriers was charging electric vehicles.

Plaid Cymru agreed to £2million for additional installation of charging spaces as part of its last budget deal with Labour, but Wales is already far behind the rest of the UK, with 1 public charging space for every 99,000 people compared to 1 for every 4,000 people in north east England.

Lee Waters AM (Lab, Llanelli) welcomed the proposal as wider use of electric vehicles could improve air quality. However, he warned that it’s not a carbon neutral technology as the electricity will need to be produced by renewables to be so – later repeated by Jenny Rathbone AM (Lab, Cardiff Central) who herself would like to see charging points themselves powered by renewables.

Shadow Environment Minister, David Melding AM (Con, South Wales Central), echoed what Lee Waters said about renewable electricity and believed public buildings should lead the way on providing charging spaces. He was open-minded on whether this needs a law or can be done through traditional planning policy.

Michelle Brown AM (UKIP, North Wales) believed planning guidance had to change as technology and society changes but had concerns that the cost of putting charging points outside new homes would be passed on to buyers and taxpayers.

Simon Thomas AM (Plaid, Mid & West Wales) would like to stop the sale of petrol and diesel vehicles by 2030, but it’s likely to take until 2042. He wanted to see a national network of clearly branded charging points that are “open source” and suitable for all types of electric vehicles, not restricted to a particular brand. Simon was also concerned about lack of grid capacity in parts of Wales, with the National Grid saying it won’t be possible to use 1MW batteries for at least a decade.

Energy, Planning & Rural Affairs Secretary, Lesley Griffiths (Lab, Wrexham) told AMs she was determined to do “all she can” to encourage the use of electric vehicles. She was, however, unconvinced that a law was the appropriate way forward.

Instead, planning policy has been upgraded to require 10% of new non-residential parking spaces to have charging points – the first government in the UK to do this – there’ll also be stricter building regulations (including a requirement for charging spaces) due to come into force in 2020.

In reply, Rhun said many good points were raised. He recognised the work the Welsh Government was already doing, but questioned their ambition; “if we’re playing catch up now, let’s catch up really, really hard”.