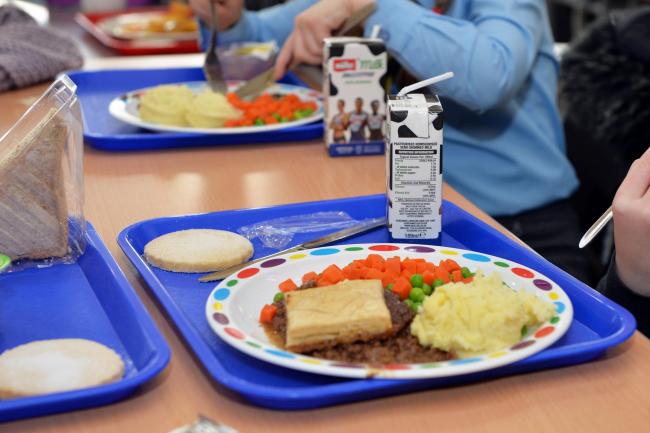 Education Secretary, Kirsty Williams (Lib Dem, Brecon & Radnor), announced changes to the eligibility criteria for free school meals on June 6th. It was said to be due to the impact of Universal Credit on public finances.

The Education Secretary said that if no changes were made, the proportion of pupils eligible would rise from 16% to 50% by 2022, with no additional money forthcoming from the UK Government.

At the moment free school meals can be claimed if parents receive out-of-work benefits, but not working tax credit. As Universal Credit has rolled working tax credit into its payments, more children would be eligible.

In future, children whose parents early up to £7,400 – before any benefit payments are taken into account – can receive the meals, though the Education Secretary warned this may mean some pupils will no longer be eligible. The threshold is identical to England, though slightly higher than Scotland (£7,350) and much lower than Northern Ireland (£14,000).

The UK Government will take a £5billion stake in the proposed Wylfa Newydd nuclear power station on Anglesey but is expected to reject supporting the £1.3billion Swansea Bay Tidal Lagoon – with the Welsh Government making a last-ditch £200million offer to support the project.

Wylfa Newydd is expected to generate around 6% of the UK’s energy requirement, or enough electricity to power 5million homes. The station is expected to cost up to £16billion and is also expected to create 850 permanent jobs once completed in the mid-2020s.

Greenpeace criticised what it considers to be a “bailout” for a nuclear power plant, while the First Minister, Plaid Cymru and other Welsh politicians lined up to say that the expected lagoon announcement was “a kick in the teeth for Wales”. It comes as e-mails emerged of the Welsh Secretary, Alun Cairns MP, raising concerns over the cost of subsidising the lagoon but he insisted no final decision has yet been made.

The Education Secretary also told BBC Wales she was ready to work with whoever replaces Carwyn Jones as Labour leader in Wales and First Minister.

She said, “If I was to stay in this particular role it would have to be on the basis of any new First Minister agreeing to the continuation of those policy priorities that myself and Carwyn Jones signed up to.”

With the Health Secretary, Vaughan Gething (Lab, Cardiff. S. & Penarth), close to securing the right number of AMs to be nominated, it looks increasingly likely there will actually be a leadership contest, not a coronation.

The Public Services Ombudsman, Nick Bennett, raised concerns that a Bill which will widen and strengthen the post’s investigative powers may not pass due to delays in the drafting of financial statements.

AMs agreed to the general principles of the Bill in March 2018, but the Communities Committee warned in their Stage 1 report that the costings required re-checking, with the Welsh Government refusing to work on a financial resolution until the costings (which were drafted by the Finance Committee) meet Treasury guidelines.

The Chair of the Finance Committee, Simon Thomas AM (Plaid, Mid & West Wales), said talks with the Welsh Government were “positive” but there was a need to avoid a “last minute rush” to get the Bill together properly.

Only £3.4million of a £10million fund to provide 30 hours of free childcare to 3 and 4-year-olds has been spent by local authorities in 2017-18. Councils said the lack of take-up was the reason for lack of spend with £550,000 of the fund spent on administration.

The free childcare policy was at the forefront of Labour’s 2016 manifesto and a new law to lay the groundwork for a full roll-out was introduced to the Senedd a few months ago.

Minister for Children & Social Care, Huw Irranca-Davies (Lab, Ogmore) said slow take-up at the start was normal for demand-led programmes and he remained hopeful that demand would continue to grow.

30 Welsh politicians co-signed a letter demanding that a final referendum is held on the final deal for Brexit, saying the decision was “too big” for the UK Parliament alone to decide.

The First Minister is opposed to a second referendum and said his position was to secure the best deal for Wales whilst respecting the 2016 vote.

The Chief Executive of Carers UK, Helena Herklots, will succeed Sarah Rachida as Older People’s Commissioner from August 2018 for a four-year term.

The Minister for Children & Social Services said he was looking forward to working with the new Commissioner, while the Deputy Older People’s Commissioner said, “Helena brings with her a wealth of knowledge and experience, along with a fresh perspective on how the issues that affect the lives of older people in Wales can and should be addressed.”

On the current Commissioner, she said, “Sarah’s hard work has made a real and meaningful difference to the lives of older people across Wales and we wish her all the very best for the future.”