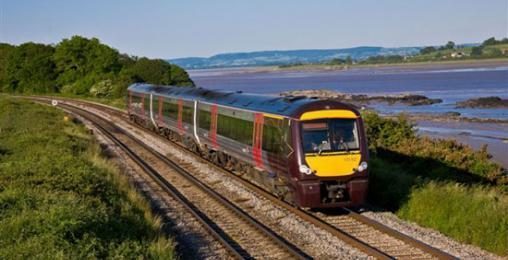 Despite having 11% of the UK’s rail network, Wales has received just over 1% of UK rail infrastructure spending over a sustained period of time. This has meant slow line speeds, infrequent commuter services, the retention of Victorian signalling equipment and inadequate cross-border services.

This was one of the messages from Economy & Infrastructure Secretary, Ken Skates (Lab, Clwyd South), who gave a statement yesterday on ambitions for cross-border rail franchises in light of a new report from Prof. Mark Barry (pdf).

Another issue was the large number of level crossings, which impact journeys and public safety. As the UK Government is drawing up new contracts for the English West Coast, Cross Country and Great Western franchises, the Secretary expects them to include integration with north Wales metro services, an hourly north Wales-London service, more Cross Country services between Wales and other UK cities and faster/more direct services between south Wales, Bristol and London.

He raised the suggestion that the Welsh Government should control services operating into Wales from England which would, in his words, “result in real competition and genuine choice for passengers in England” and properly connect regional and long-distance services in Wales.

Shadow Economy Minister, Russell George AM (Con, Montgomery) said it was wrong to focus purely on rail investments in Wales as some investments in England may benefit Wales indirectly.

Adam Price AM (Plaid, Carms. E & Dinefwr) welcomed Prof. Barry’s report, but asked what the “Plan B” was for being treated so appallingly? He called on the Welsh Government to review its use of borrowing powers to support electrification projects.

David Rowlands AM (UKIP, South Wales East) noted a 73% year-on-year rise in the number of complaints to Arriva Trains Wales. Nevertheless, in light of the historic underfunding, he found it bizarre that Ken Skates still supported England’s £50billion High Speed 2 project – which would no doubt impact the amount of money available to Wales.

Mark Isherwood AM (Con, North Wales) attempted to put a dampener on the moan-in by saying Wales received 9.6% of net government funding for rail franchise operations* and 6.4% of funding for Network Rail routes (xls) – to which Secretary stated the 1% figure was infrastructure spending and there remained a huge per-head infrastructure spending gap between London and the rest of the UK.

* £131million comes from the Welsh Government and £278million from a Network Rail grant which is used to run the railway, not make new improvements. So although Mark’s figures are correct, be careful in assuming it means Wales gets a good deal. 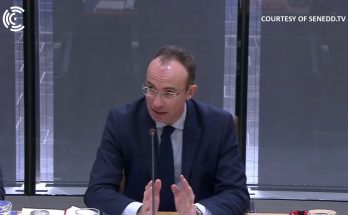 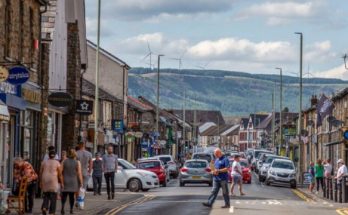