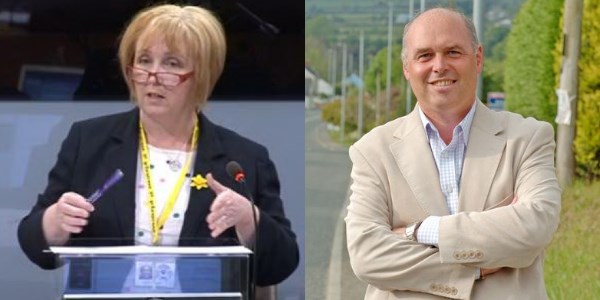 The winner of the contest to success Andrew RT Davies as leader of the Conservatives and Leader of the Opposition in the Senedd was announced earlier today.

Turnout was reportedly 52%, though there’s no detailed breakdown of how many votes were cast.

That’s a pretty comprehensive victory and mandate for Paul Davies (who was probably the favourite anyway) and I was expecting it to be a bit closer.

Turnout was relatively high too which could tell us a number of things, including that many Tories are starting to take the Assembly a bit more seriously and actually cared who won, or membership of the party has fallen and only the hardcore are left.

Does this change anything?

Both candidates said they would be willing to work with other parties, but whether that happens in the future depends on the outcome of the Plaid Cymru leadership election and the result in 2021. It would probably be best for Paul to simply focus on maintaining the Conservative’s position as the largest opposition party.

The only thing that’s changed is that you would now expect Paul to follow through on his platform and back some sort of deal on Brexit (presumably the Chequers Agreement) – his predecessor would’ve been happy with a “No Deal”. That might open the door to some form of cross-party consensus on “standing up for Welsh interests” in the coming weeks as a deal is finalised.

The biggest problems Paul will face are visibility and electoral strategy.

On visibility, it’s a problem facing pretty much all AMs but Paul is going to have to do his damnedest not to fall into a rut of being seen as a “grey party man in a suit”. He’s only just getting to grips with social media and was way behind Suzy Davies in terms of media handling.

Secondly, I’m not sure about his electoral strategy of targeting constituencies over the regional list.

2021 could well be the last Welsh General Election under the mixed member system (depending on what happens with regard Assembly reform), but the Tories won’t get in a position of taking power without properly balancing constituency and regional campaigns; they didn’t manage this in 2016 and were punished for it. He would do well to listen to what Suzy Davies has said about dual candidacies.

What can we expect from Paul in the Senedd chamber? I’m assuming similar to what we’ve seen from him as the interim leader; less grandstanding compared to his predecessor and more targeting of the Welsh Government’s sore spots. Given his constituency is slap bang at the forefront of a radical hospital service reorganisation proposal, and his recently-introduced Autism Bill, I expect the heat to be turned up on health.