The draft Welsh budget for 2019-20 was tabled at the Senedd this afternoon by the Finance Secretary, Mark Drakeford (Lab, Cardiff West)

The full details will become clearer on October 23rd. For the time being, only the general spending, borrowing and tax plans have been revealed alongside a few other spending announcements.

If all goes according to the timetable, the draft budget will be put to a vote by AMs in December and the final version of the budget will be approved in January 2019.

This year’s budget is the second of the two-year deal agreed with Plaid Cymru last year, so its passage through the Senedd is largely a formality. 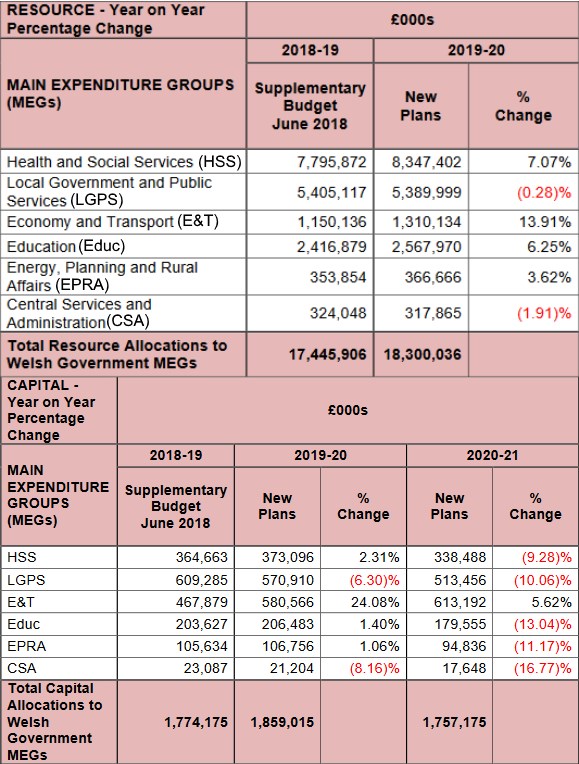 In cash terms, there’ve been modest cuts to local government and the Welsh Government’s own running costs. Other than that, the numbers are some of the best I’ve seen for a while.

Some of the specific announcements made by the Finance Secretary this afternoon include:

Plans to reduce the amount of business rates avoidance, following a public consultation, will be revealed on October 16th. Business rates are worth around £1billion a year to the Welsh Treasury.

Landfill disposal tax will increase in line with inflation. It’s expected to raise £40million for 2019-20. Here are the proposed new rates: 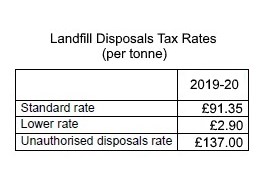 Land transaction tax (formerly known as stamp duty) will remain unchanged, unless further changes in England are outlined by the UK Chancellor in the forthcoming UK budget. It’s expected to raise £285million in 2019-20. These are the presumed rates based on last year’s figures: 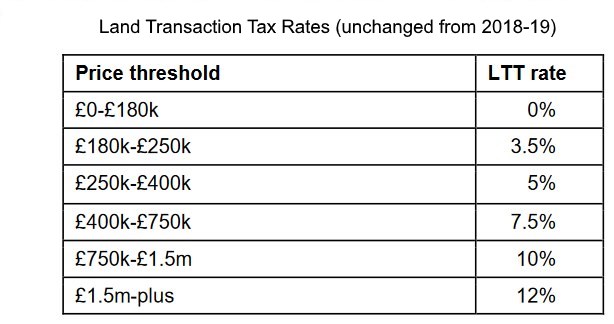 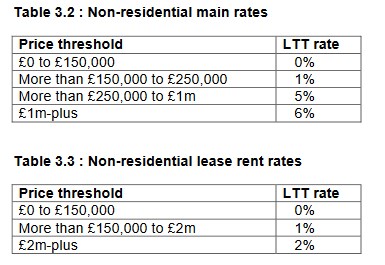 For the first time ever, from April 2019 Wales will also be able to vary income tax up or down by 10%.

Sticking to Labour’s 2016 manifesto commitment, the Finance Secretary ruled out any changes to income tax, using the excuse that it’s in order to allow the new arrangements to bed in. The Welsh rate of income tax is expected to contribute just under £2.1billion towards the Welsh budget.