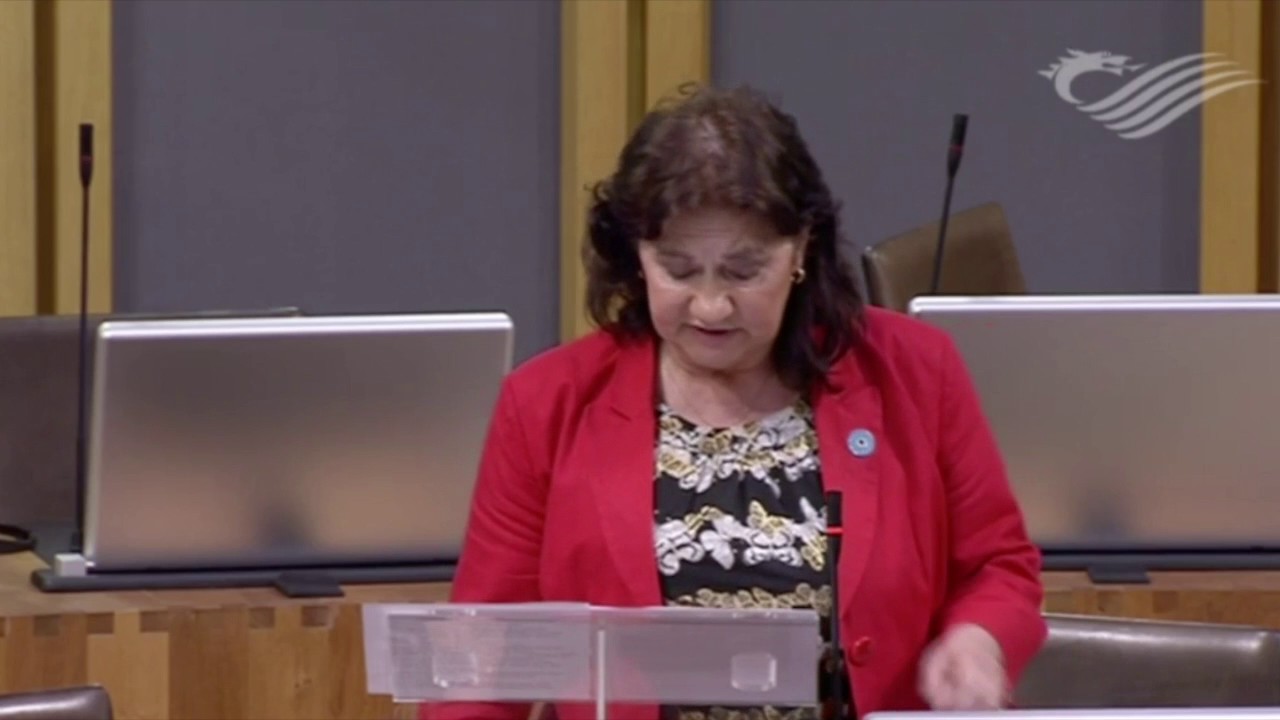 This week’s short debate was led by Caroline Jones AM (Ind, South Wales West) on the subject of social housing and who actually benefits.

“The quality of social housing has also not significantly improved. Less than 64% of social housing is fully compliant with the Welsh housing quality standard. Almost 10% is non-compliant: 21,000 families forced to live in housing deemed unfit. With all of this in mind, it is unsurprising that I have been inundated with complaints about the registered social landlords in my region. And the worst culprit I may name is Tai Tarian.”
– Caroline Jones AM

She mentioned that the waiting list for repairs can be as long as three years, while at one block of flats in Aberavon – Hogan House – Tai Tarian were asking £6,000 each from residents (who privately-owed flats) for updates. Time and time again she was told that Tai Tarian has been “obstructive, objectionable and sometimes downright abusive”.

While all this was happening, Tai Tarian made a £5.8million profit, but this was before taking into account senior pay; the chief executive earns more than the First Minister and senior directors earned more than salaried GPs.

Tenants should be the sole beneficiary of social housing and while many housing associations do a good job, with housing problems as they are we can’t expect them to do just the bare minimum.

Minister for Local Government & Housing, Julie James (Lab, Swansea West), said it was rare for a Minister to disagree to the subject of a short debate, but this time she disagreed “quite vehemently”.

There were a number of factual inaccuracies in Caroline’s speech; housing associations pre-date stock transfers, 91% of social housing is compliant with housing quality standards. The situation on new social housing was also far more complicated:

One point she did agree with Caroline on was a desire to see councils build more homes and that’s something the Welsh Government are seeking to encourage due to changes in borrowing rules.