The Wales Governance Centre recently revealed Wales has the highest imprisonment rate in western Europe. While criminal justice is non-devolved, the Thomas Commission is looking at this further and its report is due to be published in the autumn.

The two main areas of focus were youth justice and the management of women offenders.

“We need an urgent solution for female offending in Wales. There are around 250 Welsh women currently held in prison in England. The issues associated with being a long way from home facing Welsh women offenders and their families are considerable, and a very real concern in respect of the impact on children in particular, but also the rehabilitation of the offender.”
– Deputy Minister without portfolio, Jane Hutt

The focus with regard to youth justice will be prevention to stop young offenders entering the criminal justice system in the first place. On women offenders, the Welsh Government have appealed for a residential centre to be established somewhere in Wales, with options being explored as to where that might go.

Shadow Communities Minister, Mark Isherwood AM (Con, North Wales), welcomed the recognition that it was important to work with the UK Government on this. While it was true that women offenders are detained in England, in some cases the women’s facilities are closer to certain parts of Wales than a Welsh facility would be if it were located in the south.

“How do you respond to the statement in the Welsh Affairs Committee report that the Ministry of Justice should tackle gang-related problems in….Parc (Prison), including consideration of introducing smaller, custodial units to place younger people closer to home?”
– Shadow Communities Minister, Mark Isherwood AM

Leanne Wood AM (Plaid, Rhondda) has argued against privatisation of probation services for some time and was pleased it’s been reversed – though around 20% of probation service work will remain privately-operated. She added that there was a strong case for a women’s residential centre – though there should be at least two in Wales; one in the north, one in the south. This was echoed by Jenny Rathbone AM (Lab, Cardiff Central) who believed children should be able to live with detained mothers where it’s deemed practical and safe to do so.

Alun Davies AM (Lab, Blaenau Gwent) described the justice system’s failure to take into regard devolution as “a scandal”.

“We’re in the absurd position today where the UK Government is unable to deliver its own policy in Wales, but neither is the Welsh Government able to deliver its policy. So, we have two Governments that are unable to deliver policy in a single field. It is time….that the people of Wales were well served by those elected to take decisions on these matters. The failure to address the devolution of the criminal justice system is a standing rebuke to parliamentarianism at present.”
– Alun Davies AM

He was sure everyone wants to see a return to decent public management of offenders. He hoped that any future women’s centre would be managed by the Welsh Government and that youth justice would continue to focus on training to enable young offenders to turn their lives around. 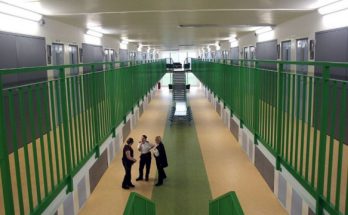