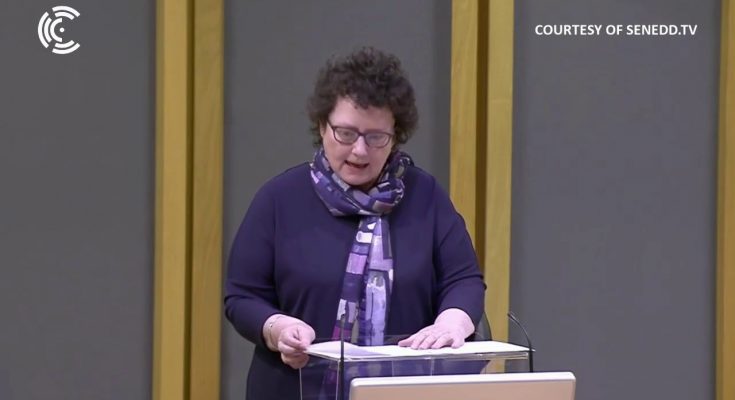 The Senedd and the Women’s Archive of Wales announced a collaboration to collect and preserve materials, documents and experience of the 62 women who’ve served as AMs since 1999 as part of a project to create a repository. The project has received funding from the Heritage Lottery and Assembly Commission.

Llywydd, Elin Jones (Plaid, Ceredigion), said: “Twenty years since the Assembly was established, our parliament has a great reputation for supporting women and are extremely proud that in 2003 we were the first legislature to achieve a 50:50 gender balance. I hope that future generations will be inspired to engage in politics based on the richness of this archive.”

David Henshaw has been serving as interim Chair since the resignation of Diane McCrea following a widely-condemned timber deal.

The Senedd’s Environment Committee will hold a pre-appointment hearing on 26th September.

The Chief Executive of Social Care Wales, Sue Evans said: “It’s vital that more young people take up care as a career to help future-proof the workforce, as a large proportion of current employees are nearing retirement age.

“The Welsh Government’s roll-out of 30 hours’ free childcare for working parents and support for unemployed parents who want to train and gain skills means early years and childcare providers are also likely to need more workers to meet a growth in demand.”

Across Wales, people from minority ethnic backgrounds make up around 5% of the total population, but this is closer to 20% in Cardiff and 10% in Swansea and Newport.

Ms Taj told BBC Wales: “The research has been done… When it comes to race equality in Wales we drop the ball, we need to pick it up and we need to run.”

The Welsh Government have decided that Wales shouldn’t take part in a new section of the PISA test – an international exam used to compare educational standards.

A spokesperson on behalf of the Education Minister told BBC Wales: “We will be discussing our decision with the Departments of Education in England and Northern Ireland before a decision is sent to the OECD by the November deadline.” Scotland was also said to be monitoring developments.

Plaid Cymru’s education spokesperson, Sian Gwenllian AM (Plaid, Arfon) said: “One of the aims of the new curriculum is to develop our young people into creative thinkers, so it is surprising that the education minister does not want to take this opportunity to assess that now.

Designs have been unveiled for a potential £30million redevelopment of Theatr Clwyd in Mold, Flintshire. The aim is to ensure the theatre become a “greener, more efficient and sustainable building for the 21st Century”. The regional economic impact of the theatre has been estimated at £7.7million a year.

The project will likely require Welsh Government funding, as well as contributions from the Arts Council of Wales, Flintshire Council and charity fundraising.

The Assembly Commission has released details of a democracy festival to be held in Cardiff Bay from September 25th-29th as the showpiece event marking the 20th anniversary of devolution in Wales.

There are still some tickets available and all the details are here.