Hydrogen has huge potential in the fight against climate change

Rhun ap Iorwerth AM (Plaid, Ynys Môn) – whilst long championing electric vehicles – said hydrogen was showing great potential too and shouldn’t be ignored. It’s seen as particularly desirable in terms of commercial transport (air, rail, heavy goods etc.) but there are smaller examples – such as a hydrogen bike he tried out yesterday.

Hydrogen has a particularly promising potential on Anglesey:

“Just imagine the scope for using excess marine and wind renewable energy generated around Ynys Môn at night, say, to produce hydrogen in a plant in the north of the island, where we need jobs, and using that to power road vehicles, trains and, yes, ships to and from Ynys Môn. Imagine then the potential of using the old Shell crude oil pipeline running from the north of the island directly to the north-west of England, creating a new, environmentally innovative export industry, exporting hydrogen.”
– Rhun ap Iorwerth AM

Shadow Environment Minister, Andrew RT Davies AM (Con, South Wales Central), cited figures that estimate clean energy could be worth up to £170billion to the UK economy by 2030. He called for close working with universities to make sure research into hydrogen power was properly linked with the practical applications.

Llyr Gruffydd AM (Plaid, North Wales) thought hydrogen showed the greatest potential for decarbonising public sector vehicle fleets. The Welsh Government should invest in companies, like Llandrindod Wells-based Riversimple – with the same enthusiasm and their investment in the combustion-based automotive sector.

Potential there, but Wales can’t scale it up alone

Environment, Energy & Rural Affairs Minister, Lesley Griffiths (Lab, Wrexham), said there was no single solution to decarbonisation, but low carbon gases are part of that. There was a lot of work the Welsh Government was supporting – particularly FLEXIS, which is looking at domestic use of hydrogen.

Scaling it up wasn’t something Wales can do by ourselves.

Given the names of Labour AMs who voted against – Lee Waters, Julie Morgan, Jenny Rathbone and Jane Hutt – I’m assuming they don’t think hydrogen is the way forward as producing it is, in itself, fairly energy-intensive. I wouldn’t interpret this as them wanting to see the world burn all of a sudden. 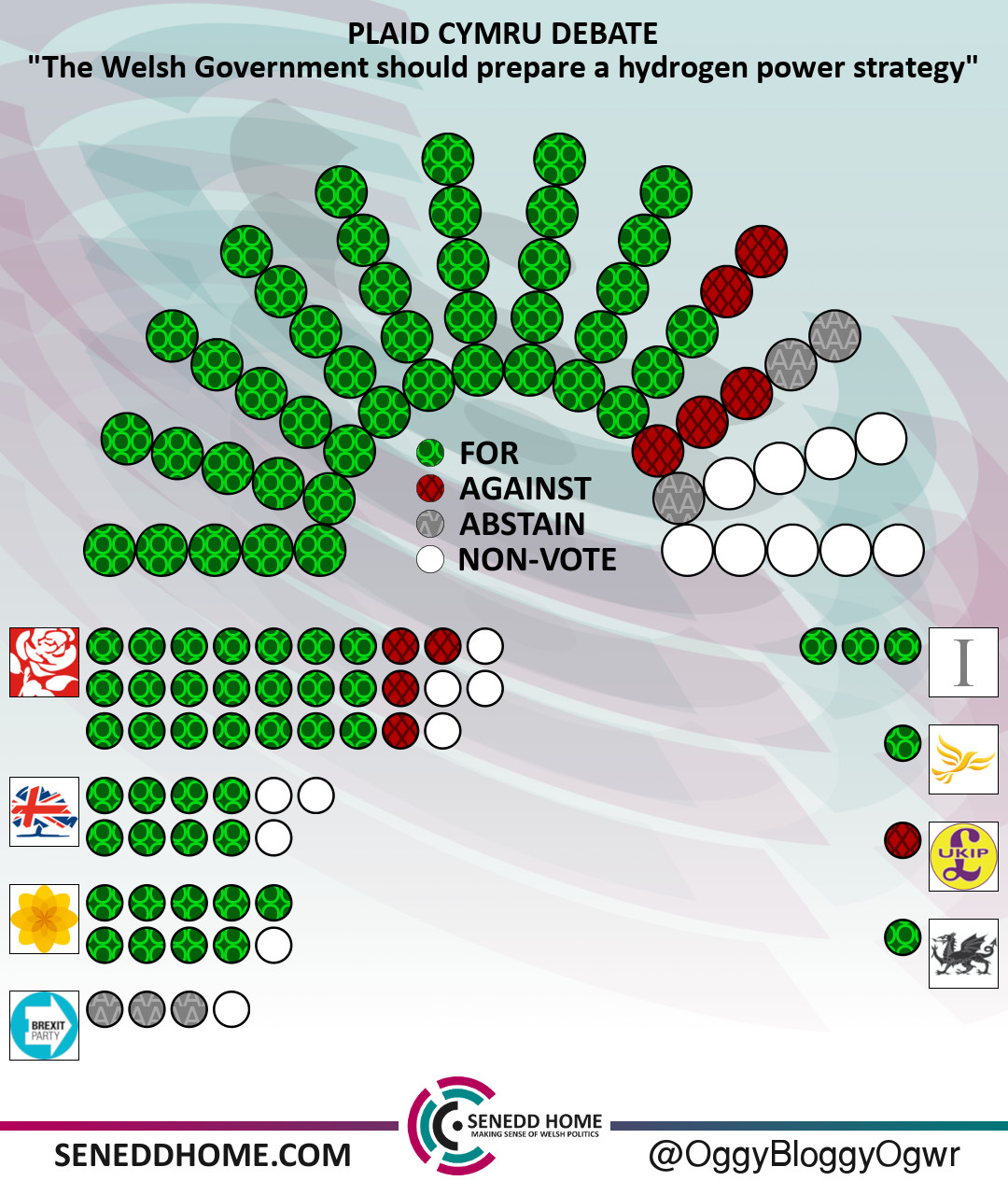