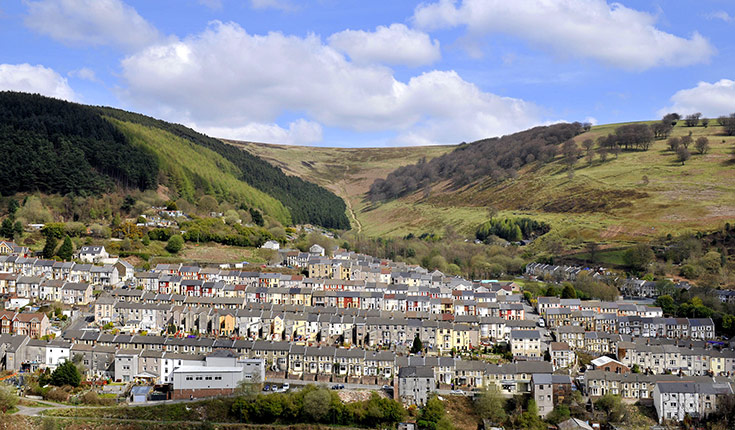 This week’s short debate was on the economic prospects of the coalfields, led by Vikki Howells AM (Lab, Cynon Valley).

35 years since the end of the miners’ strike

March 2020 marks the 35th anniversary of the end of the 1984-85 miners’ strike and the legacy of coal remains. The coalfields are generally defined as areas where at least 10% of men were employed in the coal industry.

The coalfields (across the UK as a whole) are older than average, have a population growing at a slower rate than the UK average, have a lower life expectancy and below-average job growth – with just 55 jobs for every 100 people of working age compared to a 75-per-100 UK average.

That said, maybe the picture isn’t all bad:

“Perhaps the net impact of all this taken together is that 42% of all coalfield neighbourhoods are within the 30% most deprived in Britain. In reality, this figure is lower than that for main regional centres excluding London. This suggests that coalfield areas aren’t doing that badly. This is an important point as it emphasises that the fate of the coalfield isn’t necessarily so bleak. Whereas 52% of south Wales coalfield’s lower layer super output areas are among the 30% most deprived, some of the coalfields are doing quite well. Why is that the case?”
– Vikki Howells AM

Vikki Howells called for a Cabinet Minister for the Valley to set objectives for the coalfields and ensure the Valleys remain a top priority of the Welsh Government.

Mick Antoniw AM (Lab, Pontypridd) said one of the problems was the quality of work – while jobs have increased, they’re usually part-time or low paid. That’s why it’s important to develop a social partnership and bring ethical standards to employment.

Big jump in Open University students from the coalfields

Replying on behalf of the Welsh Government, Education Minister, Kirsty Williams (Lib Dem, Brecon & Radnor), said many of the problems in the Valleys were generational and will take a long time to reverse.

She listed several Welsh Government investments in companies based in the Valleys as an example of a move towards providing more high-quality jobs. Though, as you might expect, education and qualifications remain one of the main ways out of deprivation – and there were positive signs on that front.

“Our reforms to student support mean that more students from low participation areas are studying full time, part-time, and for Master’s degrees. Just yesterday, I was speaking at a lifelong learning conference and was able to confirm an 80% increase in new OU students in Wales. Nearly half of the Open University students in Wales come from our most disadvantaged communities….This year, we’ve also seen an 8% increase in university applications from our most deprived areas and that is the best record anywhere in the UK.”
– Education Minister, Kirsty Williams