As part of what’s described as emergency support for businesses, the Welsh Government has announced:

It comes after the UK Prime Minister advised the public to avoid visiting pubs, clubs, theatres and any crowded place as part of “social distancing” measures to deal with the coronavirus pandemic.

There has been criticism of the move as it’s suggested businesses can’t claim business interruption insurance because a UK Government order officially closing them down hasn’t been issued.

Finance Minister, Rebecca Evans (Lab, Gower) said “every penny” of additional money from the UK Government relating to the pandemic would be used to support businesses in Wales, though she called for the UK Government to “provide a very significant support package for vulnerable businesses and their employees.” 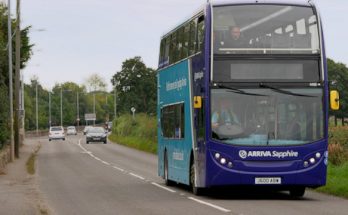 Support for face coverings on public transport, but Welsh Government hits back at claims they haven’t supported bus services during lockdown