In 1997, the Welsh electorate voted (narrowly) in favour of devolution for Wales.

Devolution is when certain powers held by the UK Parliament are transfered to Wales (as well as Scotland, Northern Ireland, Greater London and some other English city regions). The total list of powers is called a “devolution settlement”, with the latest settlement outlined in the Wales Act 2017. 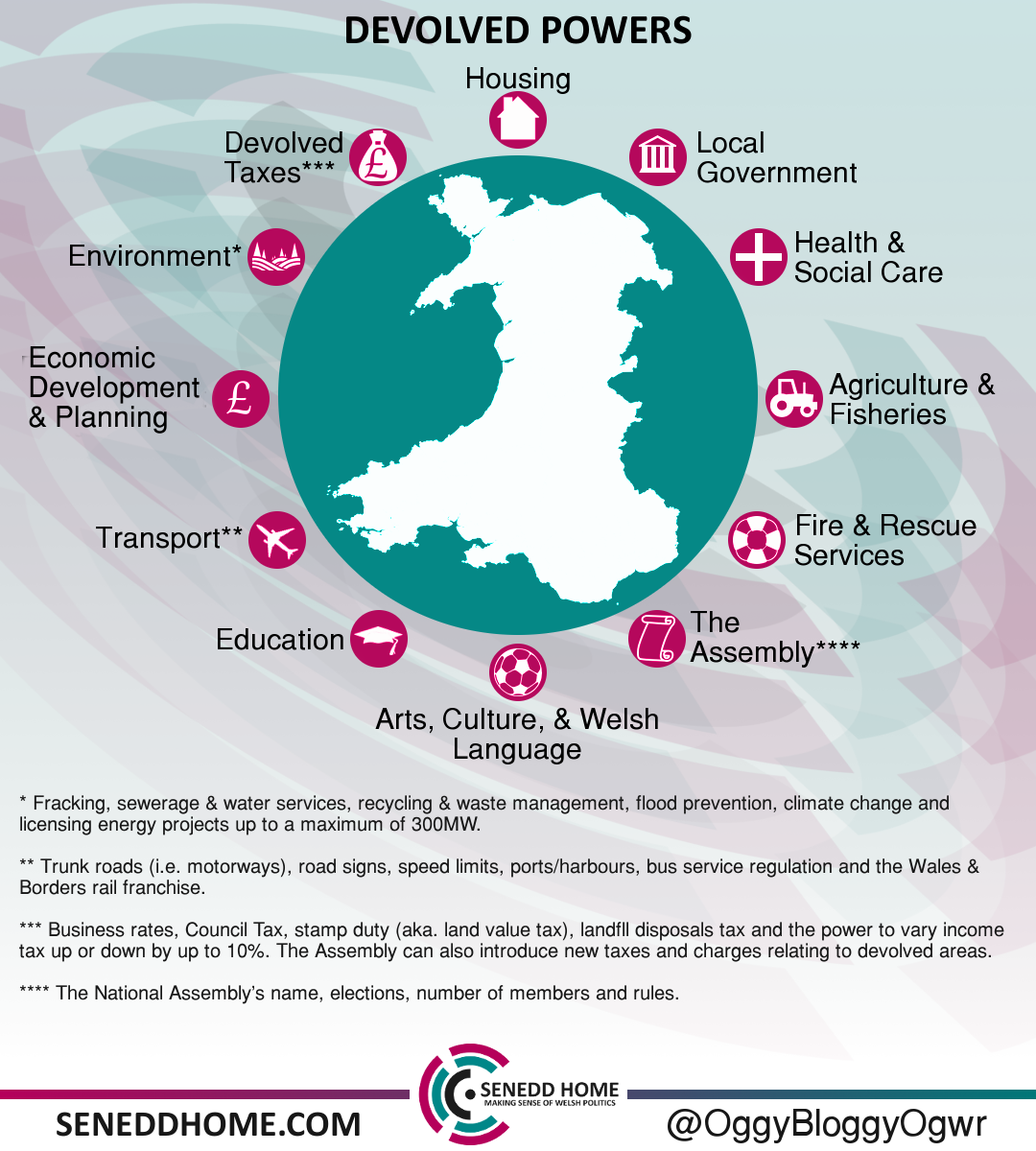 Since 1999, the Senedd and the Welsh Government have been responsible for these devolved areas and, following another referendum in 2011, also have the ability to make new laws affecting devolved areas.

The Senedd/Welsh Parliament (formerly known as the National Assembly) is a democratically-elected parliament made up of 60 Members of the Senedd (MS). Their role is to represent constituents, make sure the Welsh Government are running devolved services properly (by asking questions and undertaking committee inquiries), as well as making changes to new laws.

The Welsh Government is responsible for running devolved services in Wales, with Ministers appointed to control government departments. They’re led by a First Minister who’s been approved by the Senedd and then appointed by the Queen.

Wales receives a “block grant” from the UK Treasury to pay for devolved services and from 2018 will raise some of this money from devolved taxes. The Welsh Government and Senedd decide how this money is spent and in total it amounts to £16billion a year.

Any powers not devolved to Wales are known as “reserved powers” and continue to be funded, regulated and run by the UK Government and UK Parliament in London.