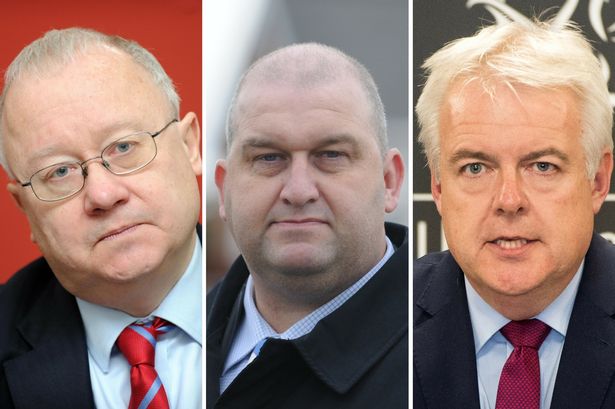 The second major tranche of the Carl Sargeant inquiries was published yesterday, unredacted and in full (pdf).

It was led by former Irish Director of Public Prosecutions, James Hamilton, and focused on whether the First Minister breached the Ministerial Code in dealing with allegations of bullying and misconduct within the Welsh Government and his response to questions from AMs about it.

The report says 23 people were interviewed. Here’s a summary of the main findings:

As Carwyn creates yet more problems for himself via his actions yesterday, I suppose this counts as a bit of qualified good news.

He “officially” didn’t lie to the Assembly. If he had, he would’ve had to resign.

That isn’t the end of it though. Reading between the lines, this isn’t a glowing report.

Carl Sargeant was clearly unhappy as were some of Carwyn’s most loyal ministers and staff. The problem is that although clear hints were dropped, there was no evidence trail and no paper trail of complaints, providing the First Minister and others with plausible deniability and wilful ignorance.

This tells us some very damning things about Carwyn’s management style and how the Welsh Government works. If the First Minister can’t ensure his own team are happy or doesn’t have a full grasp of what’s happening around him, what sort of leader is he?

If staff and Ministers felt the need to tone down complaints or use hints instead of coming out and saying things straight, maybe Carwyn doesn’t like bad news, that bad news is “filtered” by special advisers, or there isn’t an atmosphere in Welsh Government that allows speaking truth to power.

Carwyn found himself in the same position teachers often find themselves in when pupils are being bullied and, similar to the response of many schools to bullying, there’s flat denial of a problem, “We don’t have any bullying here”.

Anyone who’s ever been bullied or on the receiving end of other forms of belittling treatment will tell you that proving it is difficult. It’s often done on the sly without anyone else around. If that someone else has people to back them up, or there are very few witnesses, it’s your word against theirs.

The most painful thing to read in the entire report – which hasn’t been picked up anywhere else AFAIK – was a text from Carl Sargeant to Leighton Andrews after that pub meeting with the First Minister where Carl raised his concerns:

Maybe he didn’t want to.