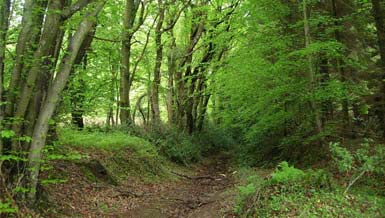 “We are calling on the Welsh Government to address, as a matter of urgency, the regulatory, financial, bureaucratic and cultural barriers to woodland creation, with commercial forests and trees in urban areas being a particular priority.”

About 15% of Welsh land is taken up by woodland and forests – a higher proportion than Northern Ireland and England, but lower than Scotland. Efforts to reforest parts of Wales have, however, been sluggish, particularly compared to Scotland.

The Welsh Government aimed to plant 35,000 hectares of new forest by 2016….they managed just over 3,200 hectares. Confor went as far as to describe this as a “catastrophic failure”, while the low rate of new conifer tree planting may make the Welsh timber industry unviable in the future, with many writing off Wales and heading to Scotland.

There are clear barriers to afforestation, over-enforcement of regulations being one, while Glastir – a scheme that’s supposed to encourage woodland creation by farmers – was said to be so complex it puts people off the idea. These are all criticisms the Environment Secretary accepted.

One idea broadly supported by all witnesses was that there should be a presumption in favour of the creation of new woodland in the land “most suited” to it as outlined in Glastir’s Woodland Opportunities Map.

The Environment Secretary, Lesley Griffiths (Lab, Wrexham) had considered reducing the annual woodland creation target but would prefer to keep it “ambitious” due to the role forestry plays in tackling climate change and the Well-being of Future Generations Act.

As for the specific benefits of afforestation in terms of climate change, they include absorbing and retaining carbon dioxide as well as flood prevention (tree roots stabilising river banks, slowing down rainwater via leaves and absorbing ground water). Natural Resources Wales (NRW), Welsh Water and local authorities all agree this is necessary for urban areas, but planning authorities don’t always follow NRW’s guidance for tree-planting.

Tree-planting in urban areas has other benefits, such as improved health, sense of well-being and a contribution to community regeneration. There’s a recommendation that urban areas should have 20% tree cover, resulting in a petition to the Senedd. The Secretary accepts the principle, but not the target (urban tree cover in Wales currently stands at 16.3%).

Plus, there are other negative issues associated with woodlands that need to be addressed such as fly-tipping, deliberately started forest fires and conflict between pedestrians, cyclists and horse riders.

Commercial forestry could be a big money spinner for Wales. The UK currently imports a large quantity of timber, so there’s a huge potential internal market for Welsh wood. (particularly post-Brexit).

One of the biggest single problems is a conflict between farming and forestry when it comes to land use; farmers feel that forestry is “driving them out” in marginal areas, while the forestry industry is voting with its feet and going to Scotland (as mentioned earlier).

The forestry industry needs an image boost, with more training opportunities (wood-related apprenticeships are over-subscribed) and better advertising of the range of roles involved – some of which are highly-skilled and well-paid.