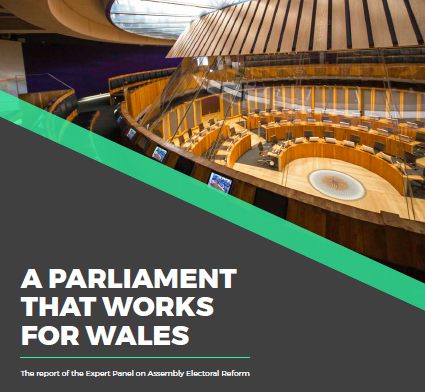 “Calling for more politicians is unpopular. We understand that. Nevertheless, we believe that, as devolution in Wales enters its next phase, the Assembly cannot continue as it is without risking its ability to deliver for the people and communities it serves. This report is a call to action. From April 2018 the Assembly will finally have the powers it needs to address these issues itself and to ensure that the 2021 election delivers a parliament that truly works for the people of Wales.”

The Panel’s recommendation is for this to be “at the upper end of the bracket” (90 members) and they believe it would deliver “meaningful benefits” in terms of the Senedd’s capacity for scrutiny. They base this 80-90 figure on global examples, the ideal number of AMs to sit on its scrutiny committees and provide a bigger backbench base for tax-varying and law-making powers.

They estimate that the proposals would cost between £6.7million-£9.6million depending on the number of additional AMs decided upon.

The report recommends switching to STV, whereby voters would rank candidates by preference (first preference = 1, second = 2 and so on).

The Panel recommends Wales be divided into either:

3. Lowering the voting age to 16 in Assembly and local elections

The Panel says there’s evidence that encouraging voting behaviour at a young age will lead to better engagement at elections throughout their lives, boosting poor turnouts; Electoral Commission research found that 16-17-year-olds in Scotland found it easier to find information about local elections and fill in ballot papers than 18-24-year-olds.

The Welsh Government are considering lowering the voting age for local council elections anyway in the next Local Government Bill. The Panel believes it would be “anomalous” to allow 16-year-olds to vote for their council whilst at the same time denying them votes for the Assembly (though it’ll probably be known as the Welsh Parliament by then).

4. The Assembly should introduce a cap on the size of the Welsh Government and scrutiny committees

If the Senedd is expanded, the Panel called on the Assembly and Welsh Government to “exercise restraint” when it comes to deciding the size of committees as well keeping the maximum number of Welsh Government ministers to 14 in order to ensure that scrutiny benefits from an increase in backbench members.

The conclusions were largely expected and aren’t particularly radical – they chime with what’s been recommended in other reports over the last few years.

I follow the Assembly more closely than most and there’s no doubt to me that there’s a serious scrutiny problem that’s only partially down to the number of AMs. It’s just as much down to the quality of the people we’ve elected too – some AMs are very good at what they do; others, to be frank, shouldn’t be there and are being carried to a certain extent. The Lib Dems, in particular, have been sorely missed.

This is going to be a difficult set of recommendations to get through as law (yes, it’ll require a law) mainly because of the court of public opinion as well as Labour’s inevitable resistance to introducing STV at elections.

There’ll have to be visible give and take.

The obvious ones would be to reverse the pay rise from the end of the last Assembly (it simply hasn’t worked in improving the quality of the chamber), capping the number of Welsh Government office holders to even less than 14 (perhaps as low as 8-10), cutting salary top-ups for committee chairs and Assembly Commission members and revamping the expenses system (i.e. ending meal allowances, introducing a minimum claims threshold and restricting overnight hotel stays).