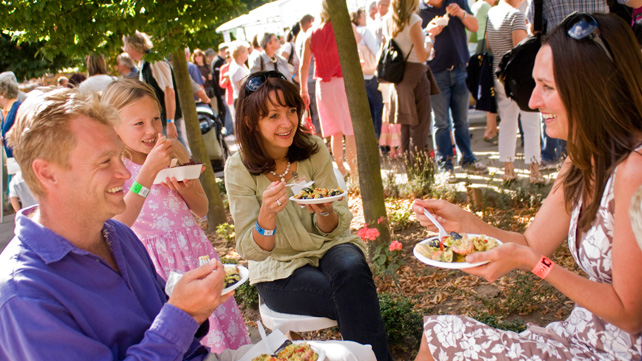 In light of the improved performance of the Welsh food and drink industry – and with Brexit looming – Secretary for Energy, Planning & Rural Affairs, Lesley Griffiths (Lab, Wrexham) provided AMs with an update.

The Welsh food and drink industry is very close to reaching the £7billion a year sales target (by 2020) having turnover increase to £6.9billion since last November. Wales won 165 Great Taste awards in 2017 and 14 Welsh products now have protected status.

£2.8million has been made available to the sector as it prepares for Brexit, as the industry told the Secretary that skills gaps are one of the biggest problems Brexit could bring.

Shadow Rural Affairs Minister, Paul Davies AM (Con, Preseli Pembs.) said that while the growth figures were great news, there needs to be a cross-government programme to prepare the sector for Brexit – particularly assistance to reach new markets and make sure Welsh produce is more widely available to Welsh consumers. Paul also supported proposals for a food festival association.

Simon Thomas AM (Plaid, Mid & West Wales) focused on branding as it was important that Welsh food is recognised as such after Brexit; he questioned whether the Secretary had the resources to deal with those sorts of challenges.

Chair of the Environment & Rural Affairs Committee, Mike Hedges AM (Lab, Swansea West), said producers had told him – as part of an inquiry – it was relatively easy to get Welsh supermarkets to promote Welsh produce but more difficult in the rest of the UK. He also compared Wales to Denmark, where the city of Aarhus has three major food conglomerates – Arla, Lurpak and Castello – while Wales has nothing similar.

Neil Hamilton AM (UKIP, Mid & West Wales) pointed out that the UK has an opportunity to export more food to emerging and growing economies as their tastes change and “go upmarket” – particularly India and China.

Joyce Watson AM (Lab, Mid & West Wales) wanted a greater focus on reducing the growing problems of food waste and the use of plastic in food packaging. This point was later emphasised by David Melding AM (Con, South Wales Central), who didn’t believe initiatives to reduce waste or plastic should be left to big multi-nationals like Coca-Cola but could become an eco-friendly niche for Welsh producers if the support was there.

Jenny Rathbone AM (Lab, Cardiff Central) applauded schemes to combat malnutrition in children, but believed quality was as important as quantity; local suppliers providing (ideally, more vegetables) as part of improved school meals; “Where in Wales can you buy Welsh leeks?”

The answer from the Cabinet Secretary: Morrisons.