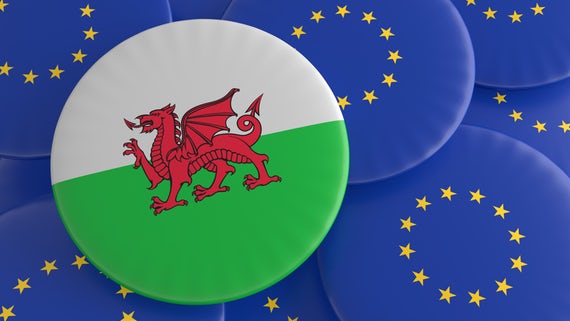 There’s more background as to why the Bill has been put forward and why it was done so as an emergency law here.

As the Bill is an emergency law, the entire Senedd chamber (Committee of the Whole Assembly) were responsible for scrutiny at Stage 2; the Member in Charge remained the Finance Secretary, Mark Drakeford (Lab, Cardiff West) but he didn’t attend due to illness.

In Mark Drakeford’s absence Leader of the House, Julie James (Lab, Swansea West) took his place as Member in Charge.

Amendment 2 – David Melding AM (Con, South Wales Central)
Gives Welsh Government Ministers the power to repeal the Act via regulations with the Senedd’s approval.
Vote: Rejected – 18 for, 35 against
Reason for Rejection: A similarly-worded Welsh Government-backed amendment was passed instead.

Amendment 3 – Julie James AM
Welsh Government Ministers will have 60 days to explain why they have given consent to a UK Minister modifying retained EU laws and regulations in devolved areas.
Vote: Approved – 51 for, 1 against, 1 abstention

Amendment 9 – Simon Thomas AM (Plaid, Mid & West Wales)
Ensures environmental protection is given prominence.
Vote: Rejected – 19 for, 33 against, 1 abstention
Reason for Rejection: A “non-exhaustive” list of important matters shouldn’t be included on the face of a Bill that’s constitutional in nature.

The Leader of the House told AMs the Bill “sends a clear signal….of our commitment to defend the devolution settlement while helping to provide legislative continuity as the UK leaves the EU”.

She repeated that the Welsh Government’s preference is for a deal to be made on the UK’s Brexit Bill and there was still a chance of that happening. If a deal is reached the Continuity Act will be repealed.

David Melding AM (Con, South Wales Central) reiterated Conservative opposition to the Bill but called on the UK Government to pay attention to criticism from Senedd Committees and set out how shared governance arrangements will work after Brexit.

Simon Thomas AM (Plaid, Mid & West Wales) said he “stood on the shoulders” of someone who did most of the groundwork to get such a Bill on the table – Steffan Lewis AM (Plaid, South Wales East). Any attempt to take powers away from the Senedd would affect everyday lives, it’s not just a constitutional argument. 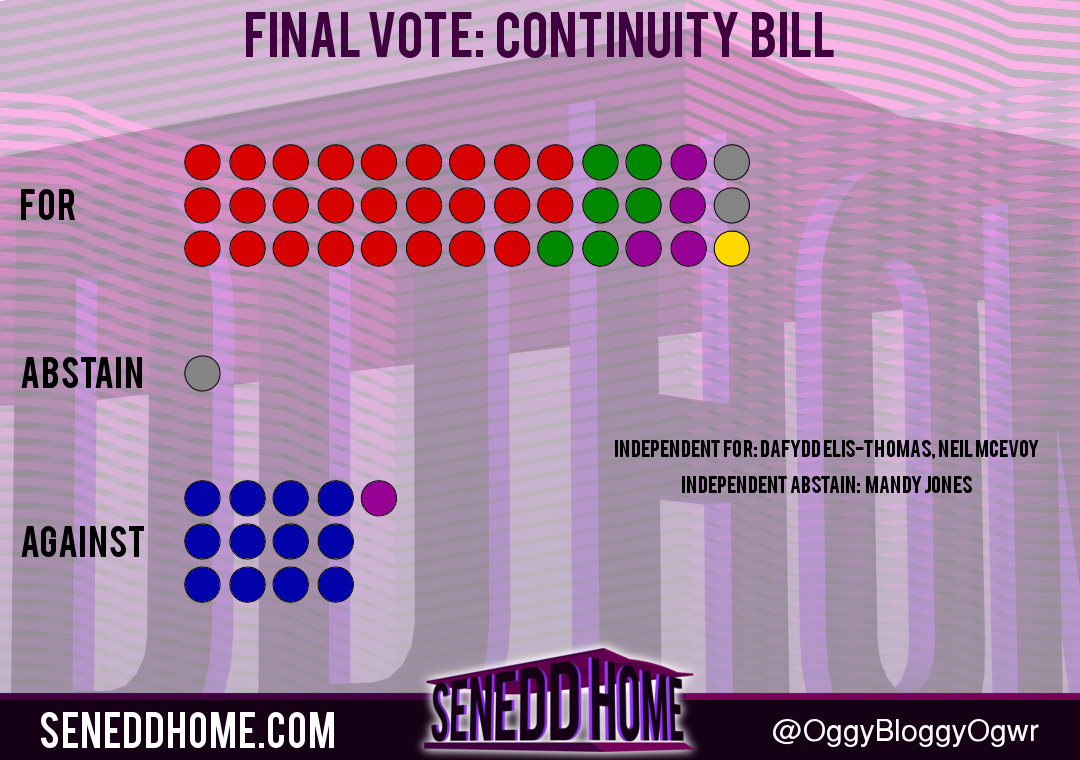