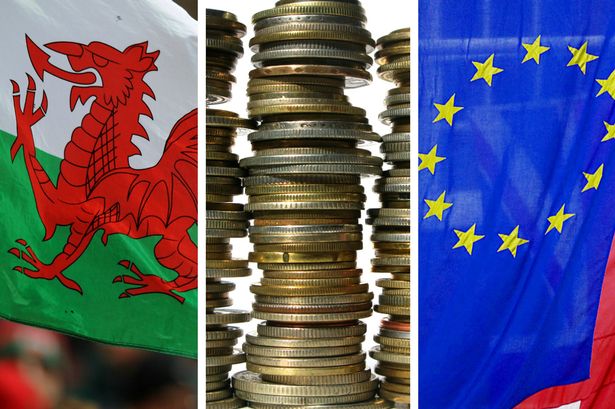 “The last forty-five years of cooperation and integration cannot be lightly discarded, whatever the eventual outcome of Brexit negotiations may be. Our report looks at Wales’ future relationship with Europe, and reaffirms the view that Brexit should be seen as a realignment of old relationships together with the beginning of new ones.”

In 2016, Wales exported £8.9billion worth of goods to the EU (61% of all Welsh exports). A number of organisations told the Committee that tariff-free access to the single market was a priority, including farmers, the fishing industry, engineers, the BMA (as well as representatives of the pharmaceutical industry), the automotive industry, food industry and the Federation of Small Businesses (FSB).

93% of Welsh beef exports and 92% of Welsh lamb exports go to the EU and farming bodies said the EU will remain an important export market “for the medium term”.

There was also broad agreement that regulations should remain the same as the EU after Brexit (and the Continuity Bill – if it ever comes into force – has provisions to ensure the Welsh Government can do this to a certain extent). The Committee was told this was necessary to maintain consumer confidence and ensure British consumers continue to benefit from EU product health and safety rules.

2. Clarity from the UK Government was needed on the status of EU nationals after Brexit

Immigration and free movement were key issues during the 2016 referendum and the status of EU citizens living in Wales and the rest of the UK after Brexit is a major area in the current negotiations.

The BMA said 85% of EU national doctors were either actively making plans to leave or thinking about leaving the UK. Other sectors said to be heavily reliant on EU migrant workers were the wider health, social care, food processing, higher education and civil engineering industries.

Freedom of movement “will end” after Brexit according to the UK Government, but further discussions are to take place on new arrangements in how the UK recruits EU workers and vice versa. The Welsh Government’s preferred stance is to link freedom of movement to employment (i.e. free movement of labour, not of everyone).

3. The Welsh Government should list EU agencies and programmes Wales needs to continue participating in after Brexit

The UK Government have already identified a number of EU agencies it would be beneficial for the UK to continue to be a member of/participate in after Brexit, probably as an associate member.

The agencies highlighted as particularly important to Wales (and the UK) include European health surveillance programmes (to prevent the spread of diseases), safety bodies for food, air travel and sea travel, the European Medicines Agency, Horizon 2020 and any successor programme (funds research at universities) and Erasmus+ (student exchange).

The Committee also called for the Welsh and UK governments to protect the human rights and equalities standards that Welsh citizens have benefited from by being in the EU.

4. How will Wales work with EU institutions after Brexit?

Two areas of particular concern to the Committee were cross-border working with the Republic of Ireland and the EU Committee of the Regions. The former is important because of a significant trading relationship and to prevent all goods being funnelled through Northern Ireland after Brexit (which would hit Holyhead and Fishguard hard); the latter because Wales has been an active member and it’s proven useful in sharing knowledge with similar parts of Europe.

Obviously, Wales won’t have a formal relationship with the European Commission or EU Parliament from March 2019, which means no MEPs. The Committee called on the Welsh Government to explore how governmental and non-governmental organisations can still engage with the EU after Brexit.