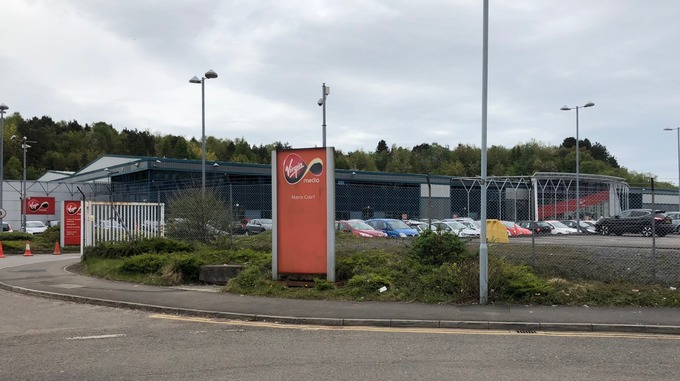 Wales hasn’t learned anything about becoming too reliant on a single industry, group of industries or foreign investment. Of course, that’s no comfort to the poor sods on the receiving end of bad news when those lessons aren’t learned.

Heavy industry has been, in the main, replaced with light industry and entry-level jobs in the service sector. Since the late 1990s, the call/contact centre sector has become one of those new pillars of the modern Welsh economy – particularly in south Wales.

As you all know, last week Virgin Media announced its Swansea call centre was to shut by the end of 2019 with the loss of 800 jobs.

As always seems to be the case, Virgin received “financial backing” (undisclosed sum) from the Welsh Government in 2010 to create an additional 200 jobs.

A call centre in Ammanford for PHS Group, which closed in 2016, employed just 24 people (with room for 300) and was also build with Welsh Government funds. The leader of Carmarthenshire Council at the time, Meryl Gravell, was reported to have said the jobs would be “sustainable”; they lasted 12 years.

There are countless other examples – not just in the call centre sector – of the Welsh Government parting ways with cash, handed over to companies (particularly foreign-owned companies) which are here today, gone tomorrow. Why?

I suppose if you’re in charge of a post-industrial area and a big name offers to create X hundred jobs in exchange for favourable land deals, loans or grants, you would have to be silly not to take them up, wouldn’t you?

Wales has a large pool of reserve labour who would probably be quite happy to take up jobs with relatively crap working conditions and job security in order to give themselves the chance of better life than they would have on the dole.

It’s simple. You build a big box on the outskirts of a town or city with good access to a trunk road, fill it with desks and computers, employ 500+ people (usually through recruitment agencies) working around the clock in shifts for £14-18k a year with some element of commission-based incentive.

For large companies and corporations, it’s cheap. For governments and other actors (like employment agencies), it provides a large number of jobs and clients in a short space of time (plus a healthy amount of staff turnover).

For the employees, while the pay isn’t great it’s better than some entry-level jobs (I doubt many people deliberately go out to seek a career in a call centre) and offers work experience which can prove useful in getting other sales-type jobs in the future.

So it’s “win, win, win”; the corporations and companies backing and building these centres win, the government wins and the massed ranks of reserve labour win.

For a few years, maybe.

If these jobs can be provided in Wales relatively cheaply and easily, what happens when it becomes cheaper and easier to provide them somewhere else (like India)? Or when the sort of tasks carried out at call centres shift online or become automated?

You end up with big empty boxes. By the end of 2019, Wales will have lost at least 1,900 jobs from just two employers in as many years and I’d be very surprised if it stops there.

We were 20-30 years behind the times when industry and the energy market changed, so we weren’t prepared for it when it came; we’re making the same mistake with the service sector.

We’re focusing too much on the number of jobs, not quality; for example, which is a better investment for a government – a high tech start-up in a niche market employing less than 50 people, or a call centre employing 500?

In Wales, politicians will see the bigger number, see falling dole queues, marginally higher tax take and an opportunity to pose in a high-vis and hard hat.

Maybe we’re blinded by the number of zeros when these proposals come forward and aren’t thinking critically enough.

What we ought to ask ourselves and the companies is: What sort of shelf life do these jobs have? How long, honestly, does the company expect to remain here? Are the jobs vulnerable to outsourcing? What would the wider social impact be when they go?

Why does a company that made X profit last year need a grant instead of a commercial loan? Do they go coy at any suggestion of having to pay our money back?

Before a single penny of public money goes to a business – foreign or domestic – it would be wiser to ask these sorts of questions, not “Should I wear fluorescent orange or green?”

Ending on a glimmer of hope, there are slim signs we have, indeed, heeded the warnings and learned lessons with the formation of the Development Bank (Banc) and an increasing shift from business grants to loans. That needs to start being applied to the big players too now, not just the local start-ups.