Yesterday, AMs debated the final version of the Welsh budget for the 2020-21 financial year.

There are very few changes from the draft budget, but they include (pdf):

Any additional costs related to recent flooding – including £10million in immediate funding made available by the Welsh Government – hasn’t been reflected in the budget.

Finance Minister, Rebecca Evans (Lab, Gower), has made her objections to the recent £200million “adjustment” to Welsh capital spending clear to the UK Treasury and has sought clarification and has made a formal request for flood relief outside the usual Barnett formula process.

Depending on additional money coming to Wales in the forthcoming UK budget (due on 11th March), housing and homeless has been made a high priority given concerns from AMs over the housing support grant.

Chair of the Finance Committee, Llyr Gruffydd AM (Plaid, North Wales), acknowledged the challenges resulting from uncertainty caused by delays to the UK budget and he was pleased that the implications of the UK budget will be communicated to AMs as soon as possible.

Plaid Cymru voted against the budget. Rhun ap Iorwerth AM (Plaid, Ynys Môn) accepted the Welsh Government faced challenges drafting this budget, but the government should’ve reacted to it by doing things differently, with very little being done to address poverty and the climate emergency.

Mike Hedges AM (Lab, Swansea East) called for opposition parties to publish their alternative budgets – if they had one. That said, one area he would’ve like to have seen extra spending is primary care/GPs to reduce pressures on A&E departments.

Both Rhianon Passmore AM (Lab, Islwyn) and Vikki Howells AM (Lab, Cynon Valley) showed their support for the budget, particularly an increase in council funding and investment in the pupil deprivation grant. 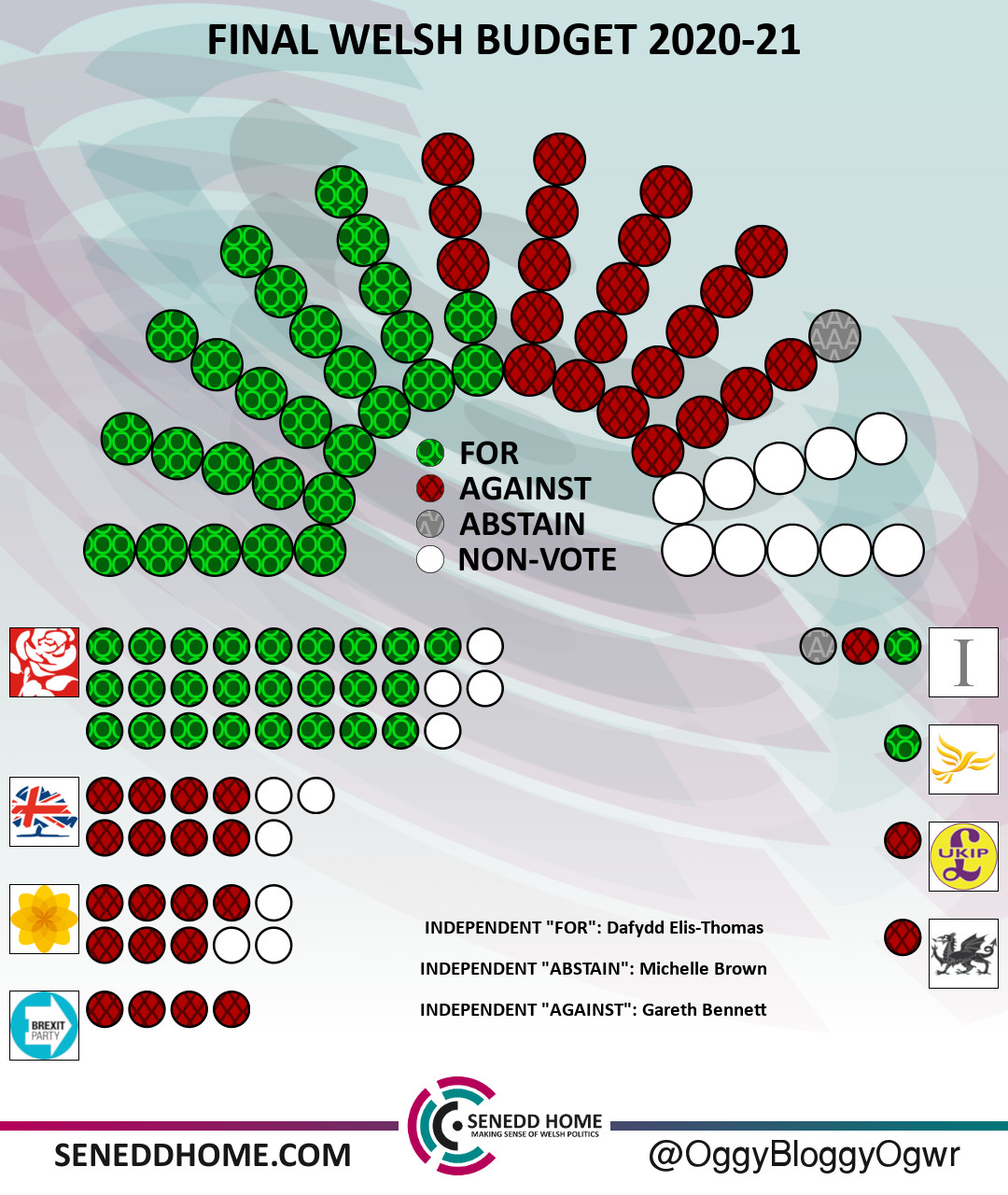