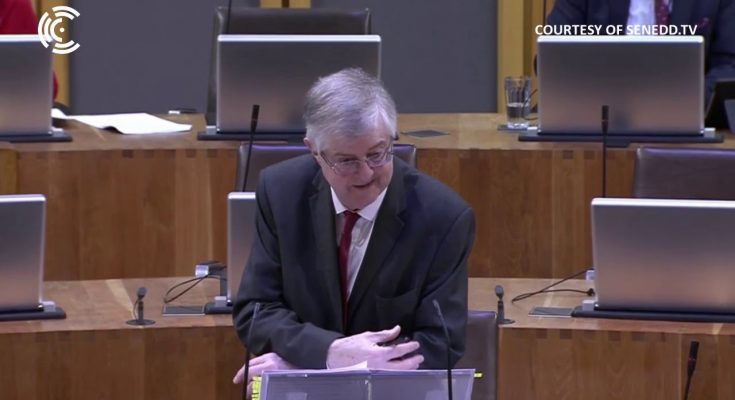 The coronavirus pandemic has had a noticeable impact on the legislative timetable and legal resources, with 50 laws (mainly regulations) having been introduced or changed to deal with it.

Additionally, work will need to proceed at speed to ensure deadlines for Brexit-related legislation are met before the end of the Brexit transition period in December 2020.

Laws which will be carried forward in September include:

Bills which have been paused include:

Other legislative priorities (which may require new laws or regulations) include:

Offering to work constructively with the government for the remainder of the term on legislation, Leader of the Opposition, Paul Davies MS (Con, Preseli Pembs.), couldn’t help noting his disappointment at the government’s failure to use legislative tools to address climate change – namely a Clean Air Act – and to boost employment opportunities.

Adam Price MS (Plaid, Carms. E & Dinefwr) thought the government’s legislation lacked ambition too. Picking up on some of the arguments around the Curriculum Bill, he thought the government was working against the objectives of Cymraeg 2050 in terms of the role of the Welsh language in the curriculum.