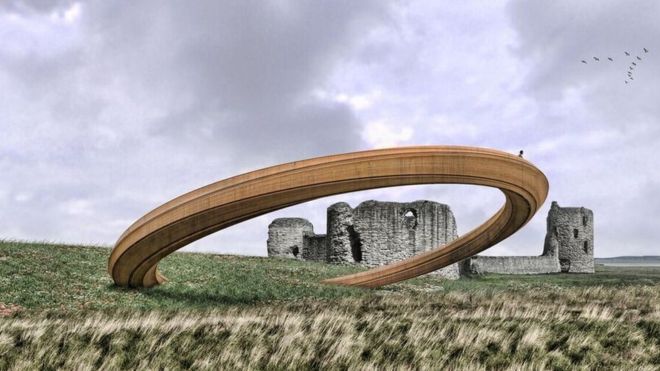 The acrimonious summer row about the Flint Castle “Iron Ring” may have been easily avoided had another design been chosen, a Freedom of Information Request revealed on September 11th (pdf).

The winning sculpture was just one of four shortlisted pieces of public art, including one by Welsh artist Rubin Eynon, who’s previously worked with Cadw.

Artists and architects were briefed to create something to mark the surrender of Richard II at Flint Castle to Henry Bolingbroke (Henry IV) as part of Visit Wales’ “Year of Legends”.

The “Ring of Iron” by London-based George King Architects was selected, but (as you all know) it’s a visual pun of the “Iron Ring” of castles built by Edward I as part of the Norman conquest and subjugation of Wales – Flint being the first castle.

Art is sometimes supposed to be controversial, but the furore was such that Economy Secretary, Ken Skates (Lab, Clwyd South), was eventually forced to abandon the project.

However, the FOI reveals three other, far less controversial, submissions – including at least one which is subjectively better than the winning design. 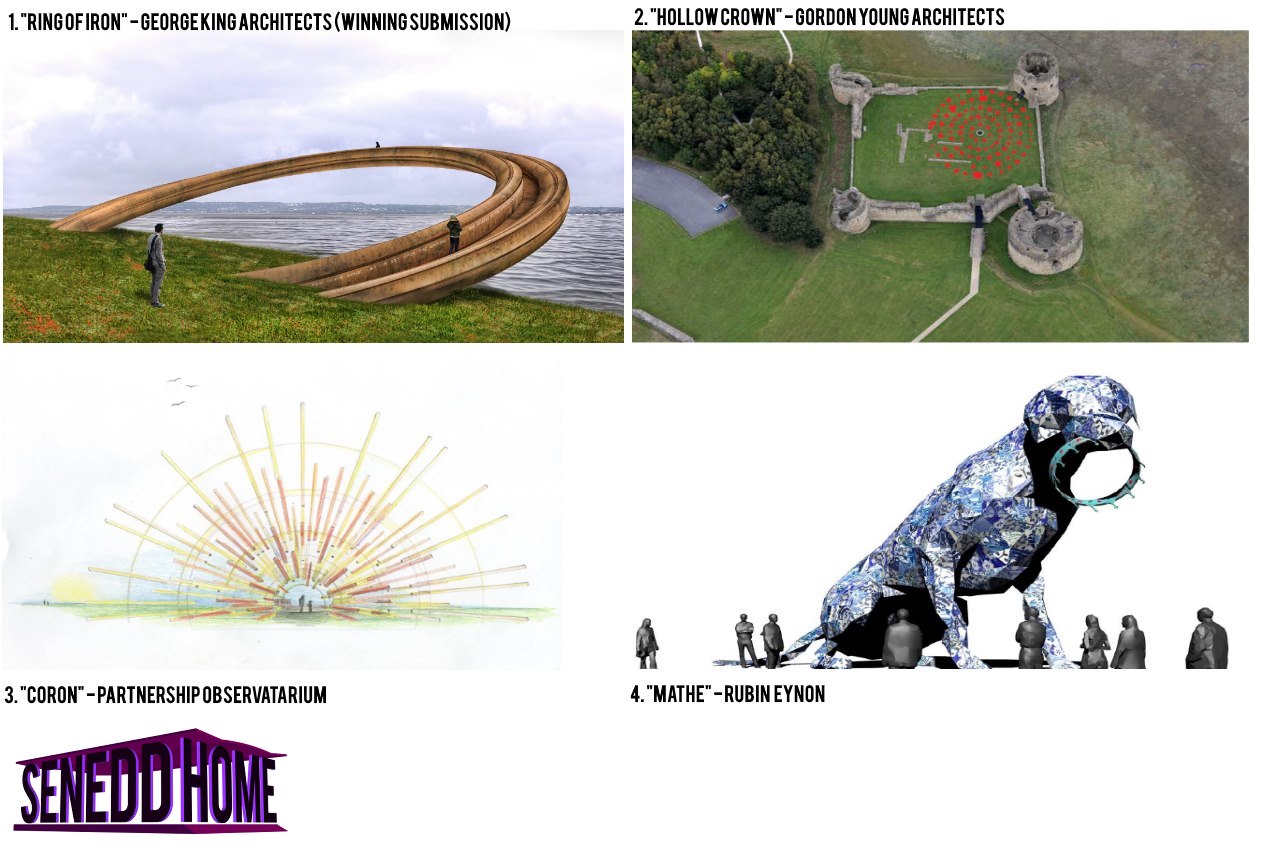 The Petitions Committee discussed the matter (I don’t know if it’s the same petition or not) on September 19th. The Chair, David Rowlands AM (UKIP, South Wales East) said the petitioner’s request was effectively granted, but the Committee will ask for a formal response from the Welsh Government before closing the petition process.

Although the 11,000 signatures would trigger a plenary debate under new rules, due to the cancellation, a request for a debate wasn’t believed to be necessary.