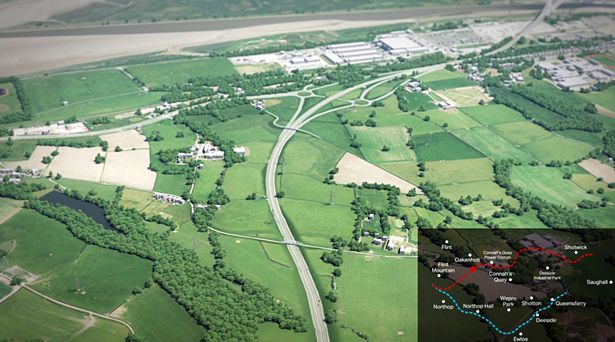 The NHS could soon scoop up as much as 56% of the Welsh budget by 2022 according to a new analysis from the Public Policy Institute of Wales. Despite the vast sums of money pumped into the NHS – usually at the expense of local authorities – things like waiting times and staff vacancies remain stubbornly resistant to improvement.

The Welsh Government point to cuts to its budget that have come from Westminister, but there are warnings that at some point they’ll have to make “tough choices” on health spending, possible tax rises or make significant reforms to how health services are delivered.

Who said there was a “revolving door” in Welsh politics? I couldn’t possibly think of what might give people that impression, what with former AMs and senior councillors suddenly finding work in lobbying firms, national institutions or public bodies.

Colour me shocked when it was announced two former Plaid Cymru politicians – former AM for South Wales East, Jocelyn Davies and former leader of Gwynedd Council, Dyfed Edwards – found positions on the new tax body (Welsh Revenue Authority) due to oversee the collection and management of devolved taxes from 2018.

I’m in no doubt they’ll bring a wealth of experience with them, and Jocelyn Davies was an under-rated AM, but I can see it causing problems down the line.

The project has already drawn criticism from Labour AMs (and other parties) who either support alternative routes or more emphasis on public transport options. A public inquiry into the £1billion project is still ongoing and due to wrap up by the end of the year, but the Welsh Government have already started the process of compulsory purchases.

Overseas offices “have no impact” on exports

The Federation of Small Businesses (FSB) claimed that Welsh Government overseas offices have had little to no impact on the amount of goods and services Wales exports. In fact, there’s evidence that locations where the government have an office, have experienced declines in exports, while areas that don’t have an office – like Germany and France – have seen increases.

The Welsh Government responded by saying the statistics should be treated with caution as they don’t reflect how dependent some companies are on specific export markets. Steffan Lewis AM (Plaid, South Wales East) argued that Wales needs “global reach” and that the number of trade missions should double.

The Welsh Government have decided that the “Red Route” – a new motorway-standard dual carriageway running roughly from Flint Mountain to Cheshire (partly along an existing route) – will be pursued as the option to relieve road congestion at the Anglo-Welsh border.

Previous plans to upgrade the existing road were controversially scrapped several years ago, though the existing plan will be accompanied by a possible “Deeside Parkway” railway station and improvements to Shotton High & Low Level.

AM censured and apologies for misusing Assembly estate

On 27th September, Neil McEvoy AM (Ind–Plaid, South Wales Central) was formally censured by the Senedd for using the Assembly estate for party political reasons during the 2017 local elections, which is forbidden under the rules (Standing Orders).

He admitted his mistake, blaming his lack of familiarity with Standing Orders. However, he attempted to turn his plenary statement into an attack on the Carwyn Jones – suggesting the same code of conduct didn’t apply to the First Minister – which failed.