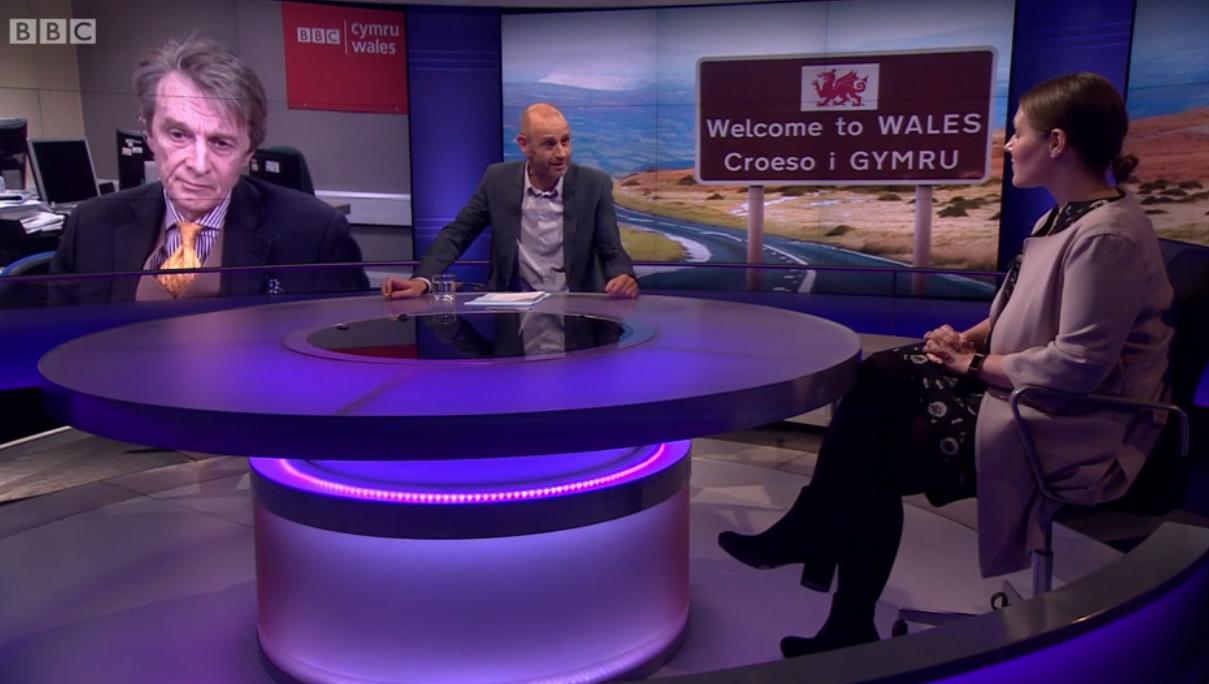 July and August traditionally produce little news of note outside of sport, so the media often have to embellish the mundane to maintain an audience’s attention – a task becoming ever more difficult in a 24-hour news cycle.

Many outlets have come to realise that if there’s one subject that will get “strong metrics” and guaranteed reaction (without offending anyone “important”) it’s attacking the Welsh language. It’s also no surprise that such attacks often happen in and around Eisteddfod week, where the London media feel obliged to give the subject half-attention.

2017 has been different in that these attacks haven’t been restricted to the slow news summer. Prior to the local elections, we had the Llangennech school row, which later led to a hatchet job of sneering metropolitan bubble “liberalism” from The Guardian. Then we saw one of the worst pieces of current affairs journalism ever produced by BBC’s Newsnight.

I don’t say that lightly. Eurfyl ap Gwilym’s infamous put down of Jeremy Paxman was a funny “gotcha” moment. This had a much nastier undertone.

As someone who believes Welsh language activists can be a bit precious, I initially thought the reaction to the Newsnight piece was a typical here today, gone tomorrow silly season Twitterstorm…. until I watched it and realised that, if anything, the reaction was muted.

Excluding occasions where discrimination has turned into violent persecution, I doubt there are many minorities anywhere in the world who’ve had to defend themselves and justify their existence as persistently as Welsh-speakers.

Yet here was “our” state broadcaster and the UK’s flagship current affairs programme framing a debate around whether a language as native to Great Britain as Stonehenge, queuing and rain was “a help or hindrance”. You couldn’t imagine that being said about any other language beyond these islands; Cornish, Manx, Scots, Irish and Gaelic are also “fair game” (funnily enough, wonder why?) but go under the radar more so than Welsh.

We were treated to (the ironically-named) Evan Davis describing a language spoken by some 600,000 people as “a hobby” then debated by two non-Welsh speakers; The Conversation’s Ruth Dawson – who was put in an awkward position and seemed to be picked because she happened to be Welsh and in London at the time – and semi-professional contrarian and self-published “author”, Julian Ruck – who was very clearly still recovering from a serious brain injury.

Every household in Wales pays £147 a year – under threat of court summons if you don’t – for this….service.

The only explanation I can think of as to why this happened the way it did is that it was deliberately done to coincide with the largest Welsh language festival, in order to bait a minority community that has the gumption to live their lives through a language other than English.

For years, noises have emanated from the Senedd of AMs’ desire to “work with the BBC” and others to ensure Wales gets wider coverage in the UK print and audio-visual media. AMs should’ve learnt by now that this is what it will look and sound like: Benefits Street, “and finally….” stories and attacks on the Welsh language.

There are debates to be had over the Welsh language, its preservation, education and regulation – such as the Welsh Government’s white paper on the future Welsh Language Bill. Although I’ve always questioned whether the language is as hot a topic as it is online and amongst those who have strong opinions either way, it’s a subject that needs to be treated with tact, not as a summer sideshow.

We have a perfectly good BBC branch office here. Maybe it’s time they were granted more freedom to prevent anything like this happening again and address the dearth of quality English-language broadcast media about and for Wales; it’s clear their London-based betters aren’t up to the task.