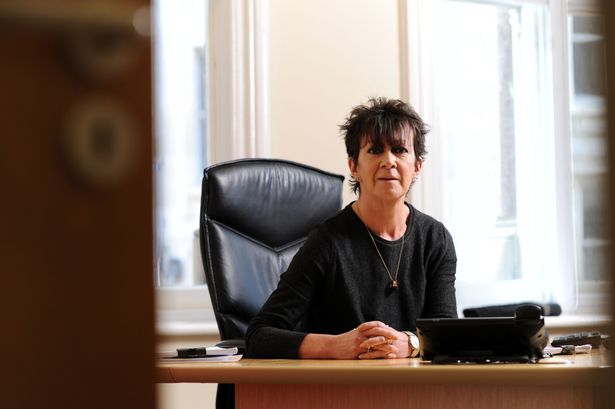 A public consultation on the White Paper is open until October 31st 2017 (Cymraeg; English).

The last significant legislation in this area was the Welsh Language Measure 2011. The Measure created the post of Welsh Language Commissioner and introduced Welsh Language Standards, which placed an obligation on public bodies to meet minimum service standards for Welsh-speakers.

The latest set of regulations included 182 individual Standards, with new standards for health bodies expected to be introduced by the end of the year.

At present, the Welsh Government spends £7.8million a year promoting the Welsh language, with around half of that going to the Welsh Language Commissioner.

The headline proposals in the White Paper include:

The most controversial proposal in the White Paper is the abolition of the Welsh Language Commissioner.

The first Commissioner, Meri Huws (pictured), only took on the role in 2012. Cymdeithas yr Iaith Gymraeg protested the launch of the White Paper at the 2017 National Eisteddfod, believing the proposal would weaken Welsh-speakers’ rights.

Responding on behalf of her party, Sian Gwenllian AM (Plaid, Arfon) added her opposition to many aspects of the White Paper, mainly for the same reasons.

Although it’s early days, as Labour don’t have a majority in the Senedd, it’s unlikely they would be able to pass any future Bill without some support from the opposition – in particular Plaid Cymru because of their post-election agreement which grants them behind closed doors consultation with the Welsh Government.

The Welsh Government’s position is that the Commissioner’s wide remit on promotion is being sunk under the weight of investigations into  Standards breaches, so the role is becoming solely associated with that. The Minister also said the current system is too bureaucratic.

There’s nothing in the White Paper that suggests services provided by private companies – such as banks, supermarkets and retailers – would be subject to the Standards. This is despite several high profile examples recently of behaviour that would fall foul of the Standards if they did apply.

Not up to Standard?

If there’s anything that needs to be reviewed, it’s the Standards themselves not the Commissioner.

The drafting and imposition of 182 separate standards (which have been revised six times in two years) is an under-reported Welsh Government bungle. Their introduction was overseen, at the time, by the First Minister (who took on responsibility for the Welsh Language).

To hold off accusations of additional bureaucracy and red tape – now cited as a problem – the Standards should’ve been limited to no more than 20-30 general obligations to Welsh-speakers, not 182 bespoke ones tailored to each public body.

It’s unclear whether forming a bigger committee (the Welsh solution to everything, it seems) to police the Standards and promote the language at the same time will make a difference.

While those at the top argue over Commissioners, Commissions and Standards, the reality on the ground – following a summer that’s seen a barrage of attacks on the Welsh language – is that none of it is making a blind bit of difference.