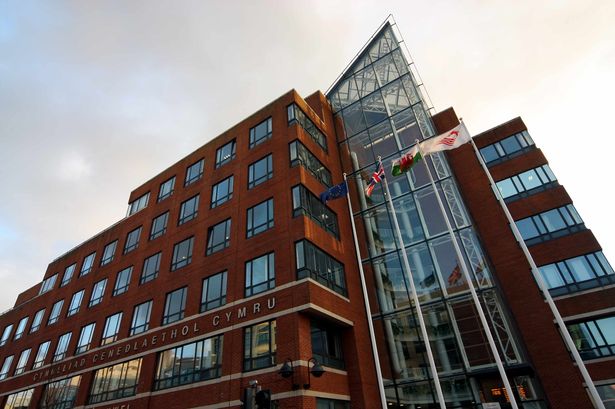 “The plans outlined by the Commission are wide-ranging, ambitious and a key part of developing the way people interact with and shape the work of the Assembly in the future. But we must never lose sight of the need to be accountable, to reflect and recognise what is going on around us, and to wring the last drop of efficiency out of every penny we spend.”

1. Spending increases need to be kept under control

The Assembly Commission’s draft budget – which covers the running costs of the Senedd itself – is set to be £56.8million for 2018-19. This is an above-inflation increase of 3.1% compared to last year, mainly down to the increase in AMs pay and increase devolved responsibilities.

The Committee was critical that spending decisions weren’t properly explained to party groups, meaning the all-party Finance Committee views were out-of-kilter with all-party Assembly Commission views. The Committee were unequivocal in their belief that while public sector finances were under strain, an increase in the Commission’s budget was “hard to justify”.

2. The Assembly Commission is planning an extension; Committee disagrees

£700,000 has been ring-fenced to fund planning for a new building, which is likely to consist of AM offices, an archive and additional committee rooms. Ty Hywel is said to be close to capacity, with the widespread expectation that the expert panel on electoral reform is to recommend an increase in the number of AMs over the coming weeks. Also, the Welsh Government are said to be looking for extra office space at the Assembly.

The Assembly’s Chief Executive, Manon Antoniazzi, said whether that money is spent or not depends on whether the Commission decides to press ahead with the new building based on a new building proving “cost-effective”.

However, the Committee noted that £1.9million has already been spent on a new committee room and other upgrades. They reject the £700,000 fund and demand plans are better explained to AMs before pressing forward.

The Assembly has 452 (full-time equivalent) employees, with the Commission requesting an additional £1.9million for staff in 2018-19. The Committee criticised a lack of detail on where and why these additional employees were needed.

The Assembly Commission is undertaking a review of its staffing requirements and the Committee would prefer to see how staffing in Wales compares to staffing of other devolved legislatures. Nevertheless, the Committee recommended a freeze in the total number of employees for 2018-19 while the review is completed.