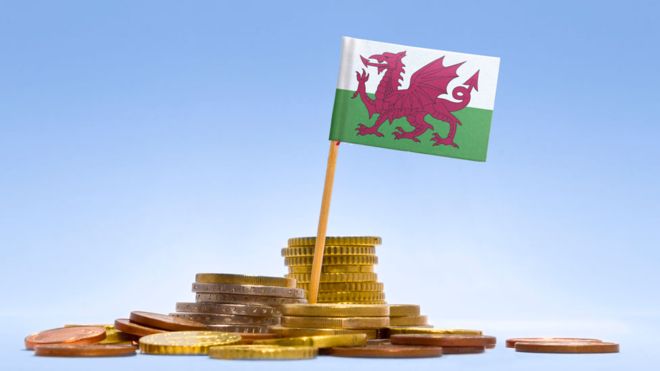 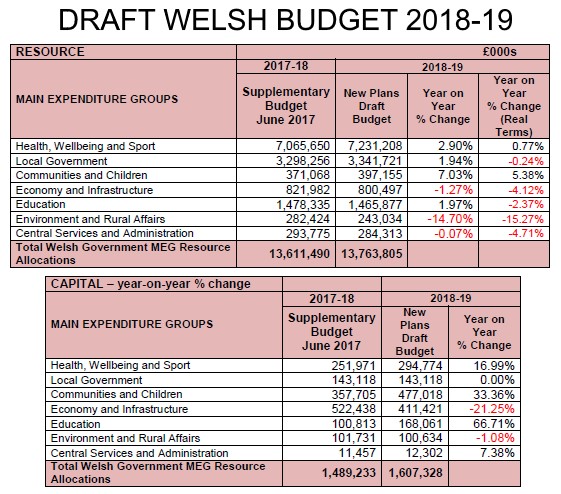 As you can see, the big losers are the Environment & Rural Affairs and Economy & Infrastructure departments, seeing cuts to both revenue (day-to-day) and capital (one-off/project) spending.

Amongst the big winners are the Communities department (housing etc.) which has seen a big boost to capital and revenue budget – likely to go on housebuilding – while Health spending has largely held up as well. Both departments are the only ones to have seen a “real terms” (costings after inflation has been taken into account) increase in their budgets.

The line-by-line budget proposals won’t be released until October 24th, so we won’t get a better idea of who the winners and losers are until then.

The Welsh Government intend to borrow just under £375million over the next three financial years to support capital spending, including commitments towards building 20,000 new homes and a new rail station at Llanwern.

For the first time ever, a Welsh budget will include tax measures following the devolution of a certain number of them, some of which will start being collected by the Welsh Revenue Authority from April 2018 (income tax is due to be partially-devolved from 2019).

Secondly, Landfill Disposal Tax – which is broadly being kept in line with England, but with an additional punitive rate of £133.45 per tonne introduced for unauthorised disposals such as fly-tipping.

In total, the Welsh Government expects to raise £294million in 2018-19 from the two taxes.

Meanwhile, there were four proposals for new taxes including: a social care levy, a vacant land tax, a disposable plastics tax and a tourism tax. One of those four will go forward in order to receive a UK Government OK some time in 2018.

A deal between Labour and Plaid Cymru was announced last Sunday, worth a total of £210million over two years – £50million of which will go towards continuing commitments from the previous budget deal. Some of the specifics include (pdf):

Although the budget still needs to be scrutinised by the Finance Committee and others, passing the final budget – usually tabled in December – is just a formality; though Plaid have hinted this may be the final deal between the two parties this term.