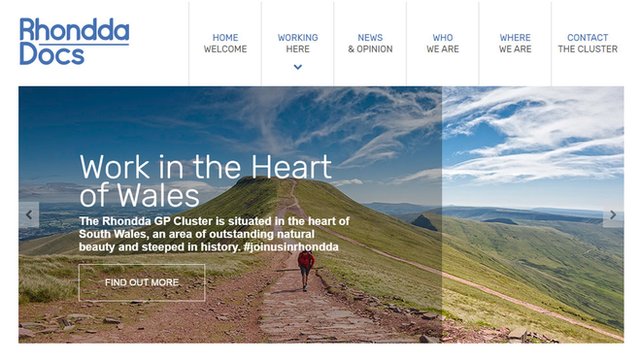 “The evidence we have heard suggests there is still some way to go if the Welsh Government is to realise its ambitions for systemic change in order that primary care meets local needs. During the inquiry, we have heard about impressive examples of work in individual GP practices and in specific clusters across Wales. Much of this appears to be driven by the enthusiasm and commitment of staff working within them, leading to a concern that the cluster model may be over-reliant on key individuals.”

What are Primary Care Clusters?

Primary Care Clusters were introduced from 2010 in order to group individual GP practices together to plan, manage and share primary care (i.e GP) services across a larger population.

The clusters are developing at different rates and times and are, therefore, at different places in their development. One theme inquiry respondents pointed to was that the success of each cluster was often down to the enthusiasm and drive of individual GPs and leaders.

Some health boards have provided leadership courses to give GPs and managers more confidence and the Royal College of General Practitioners said good leadership was absolutely essential to make the system work, but some GPs will be more concerned about treating patients than managing the cluster. Attending cluster management meetings is considered a “tick box exercise” and they don’t really engage with feedback at the meetings.

2. GP Clusters should be given more freedom from local health boards

There was a clear call from witnesses for health boards to be less hands-on. The British Medical Association (BMA) said GPs were often more “agile and innovative” as they often had to run their own businesses and there were too many processes and rules set down by health boards.

It was suggested by several health professional bodies that clusters should be further developed to take the pressure off hospitals by providing mental health, physiotherapy, audiology and cancer management services at a primary care level.

There were also arguments in favour of clusters being the main employer of staff instead of the health board, but others believed this would add to GP workloads.

3. Better guidance is required from the Welsh Government on training and staffing

There were concerns that instead of reducing GP workloads, clusters have actually increased it with measures designed to take the heat off GPs – like Choose Well and community pharmacies – not making an impact. Older people in particular also prefer to be seen by a GP even when a non-clinical member of staff, like a nurse, is more appropriate – a sentiment at odds with the Welsh Government’s desire for primary care to be “multi-disciplinary”.

There’s a danger that clusters will all be chasing the same limited number of staff as GPs and pharmacists continue to fall short of requirements. Witnesses called for better professional development as staff roles changed (particularly with regard children’s health as children make up a quarter of GPs’ work) and to make it easier for hospital staff to move into primary care.

The condition of buildings used for primary care was described by the Health Secretary as “a national challenge”. Witnesses felt that many GP practices are no longer fit for purpose due to a lack of space or an inability to upgrade/expand due to their location.

The Welsh Government are attempting to put aside money to transform primary care buildings, but there are complications as GPs are often owner-partners in their buildings and can’t simply up and move. There would be an expectation that any new build primary care centres are publicly-owned if built with public money.

Staff were also said to regularly endure IT problems and this presents a barrier to effective cluster working.

5. We need to know whether clusters are actually working

One of the most common themes in practically every single Committee inquiry I’ve written up since starting the blog is a lack of measurable targets set down by the Welsh Government (or other public bodies) which tell the public and decision-makers whether a policy is actually working or not.

It’s happened again, but there are signs that the clusters and health boards have got on top of it. While there was positive feedback given to the Committee on what clusters were achieving, AMs were given little hard evidence and statistics to back these up.