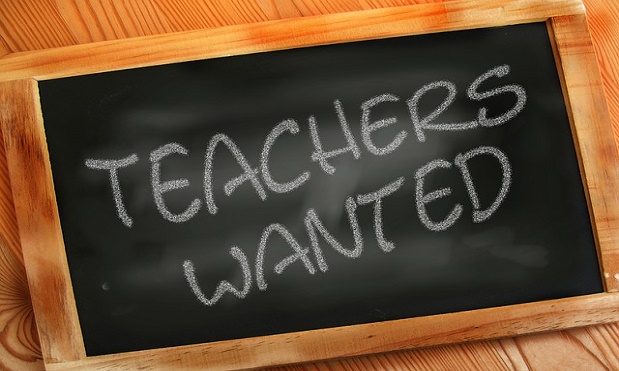 In her statement, the Cabinet Secretary told AMs that computer science will now be considered a priority subject alongside physical sciences, mathematics, modern foreign languages and Welsh. £20,000 will be offered to first class (or postgraduate) degree holders in these subjects to complete teacher training; £15,000 will be offered to teachers in other subjects.

She stressed the need to recruit more teachers who can teach these subjects in both English and Welsh – particularly at secondary school level – to meet the Cymraeg 2050 targets (1 million Welsh speakers by 2050). To maintain standards of literacy and numeracy, there was no intention of lowering a requirement of achieving at least a B grade in GCSE maths and English to start teacher training.

There was also recognition of flaws in the supply teacher system. £2.7million will be used to pilot banks of recently-qualified teachers to be shared between 86 schools in 15 local authorities as supply teachers. She hoped the measures will go some way towards, “developing and delivering a high-quality profession ready to raise standards across the board”.

She later hinted that a national/central system of recruitment for supply teachers may be introduced instead of headteachers having to pay extortionate rates to recruitment agencies.

Shadow Education Secretary, Darren Millar AM (Con, Clwyd West) was surprised there was no reference to teacher workloads, with a reported third of teachers thinking of leaving the profession due to work-related stress. He did, however, acknowledge measures the Education Secretary had rolled-out to manage workloads in schools.

Llyr Gruffydd AM (Plaid, North Wales) said recruitment of Welsh-speaking teachers was at its lowest level since 2008-09 and wanted to know more about what was being done to make the teaching profession more diverse.

Hefin David AM (Lab, Caerphilly) welcomed the supply teaching pilot and believed a centralised system could benefit supply teachers in the long run. He wondered what future plans the Welsh Government had for involving recruitment agencies in supply teaching.

Michelle Brown AM (UKIP, North Wales) was broadly supportive of the measures as announced but would’ve preferred more detail in the statement itself. She was concerned that some teachers may end up as long-term supply teachers in the pooling system, to which the Education Secretary “hoped” that extra experience as a supply teacher would provide greater opportunities to move to permanent positions.