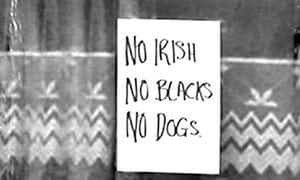 Hate crime straddles devolved and non-devolved areas, with policing and criminal justice being the responsibility of the UK Government, but the Welsh Government and Senedd playing a role in community cohesion, equalities and community safety.

Hate crimes are motivated by a person’s defining characteristics – such as sexuality, race, nationality, age, disability or religion – rather than other criminal motivations.

Recent reports suggest recorded hate crimes in Wales have risen by 22% in 2016/17, spiking around the Brexit referendum and terror attacks in Manchester and London this year.

In summary, the Senedd:

Hannah Blythyn AM (Lab, Delyn)
For: Been a victim of online abuse herself.

Neil Hamilton AM (UKIP, Mid & West Wales)
Support in principle: Things aren’t as bad as they used to be, but….

Dawn Bowden AM (Lab, Merthyr Tydfil & Rhymney)
For: Abuse in sport still needs to be addressed.

John Griffiths AM (Lab, Newport East)
For: Call it out when it happens.

The amended version of the motion (as summarised earlier) was approved unanimously.