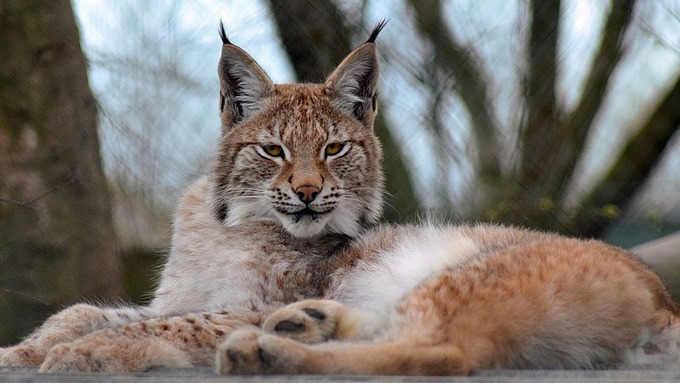 There’s been widespread concern over the wildlife protection procedures taken at Borth Wild Animal Kingdom (also known as Borth Animalarium) in Ceredigion following the recent deaths of two lynxes, one the result of an escape.

The order to shoot the escaped lynx, Lillith, was taken against the wishes of the zoo owners and prompted public outrage. It was later revealed that a second lynx, Nilly, accidentally strangled herself.

Lynx Trust UK – which is campaigning for lynx to be reintroduced to the wild – has called for the “hobby zoo” to close. The zoo itself was taken over by new owners in May 2017 and is closed until further notice.

The matter was raised in the Senedd earlier today.

Simon Thomas AM (Plaid, Mid & West Wales) asked for a statement from the Welsh Government on actions taken to protect wild animals at Borth Zoo. He also asked whether the government had been in contact with Ceredigion Council and raised the question of looking again at regulations on keeping wild animals.

Ceredigion Council, Dyfed Powys Police, officials from the Welsh Government and the Chief Veterinary Officer all had input on giving the order to kill Lillith. The Secretary didn’t want to second guess what will happen next and will wait until the findings of a veterinary investigation.

Joyce Watson AM (Lab, Mid & West Wales) expressed her horror at the events, particularly that the first lynx was killed instead of trapped, as well as the circumstances surrounding the death of Nilly – which she believed was down to inexperience at handling wild animals. She concurred that licensing could be looked at again.

The Secretary confirmed that licensing is devolved. All premises applying for the license are inspected by government-approved inspectors. However, it’s a system dating back to the 1970s (more here). The decision to shoot Lillith was taken based on the possible risk to the public rising from moderate to severe – though Lesley Griffiths didn’t elaborate on what that meant.