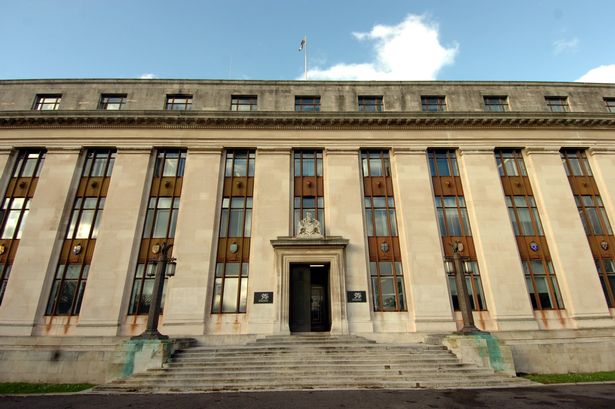 Carwyn Jones bloody loves a reshuffle he does – averaging about one every 18 months – but this time his hand’s been (partly) forced due to the sacking of Communities Secretary, Carl Sargeant, over allegations about his “personal conduct” made by a female member of the Labour party (according to Martin Shipton, who’s usually well-sourced for such things). Carl’s also been suspended by Labour.

In a clumsily-worded statement, Carl claims he doesn’t know the details of the allegations (despite, in the same statement, saying he was told what they were by the First Minister) and wants the chance to clear his name. Fair enough; innocent until proven otherwise.

We can all speculate based on what’s been in the news recently, but speculation isn’t fact.

Here’s a summary of the changes. 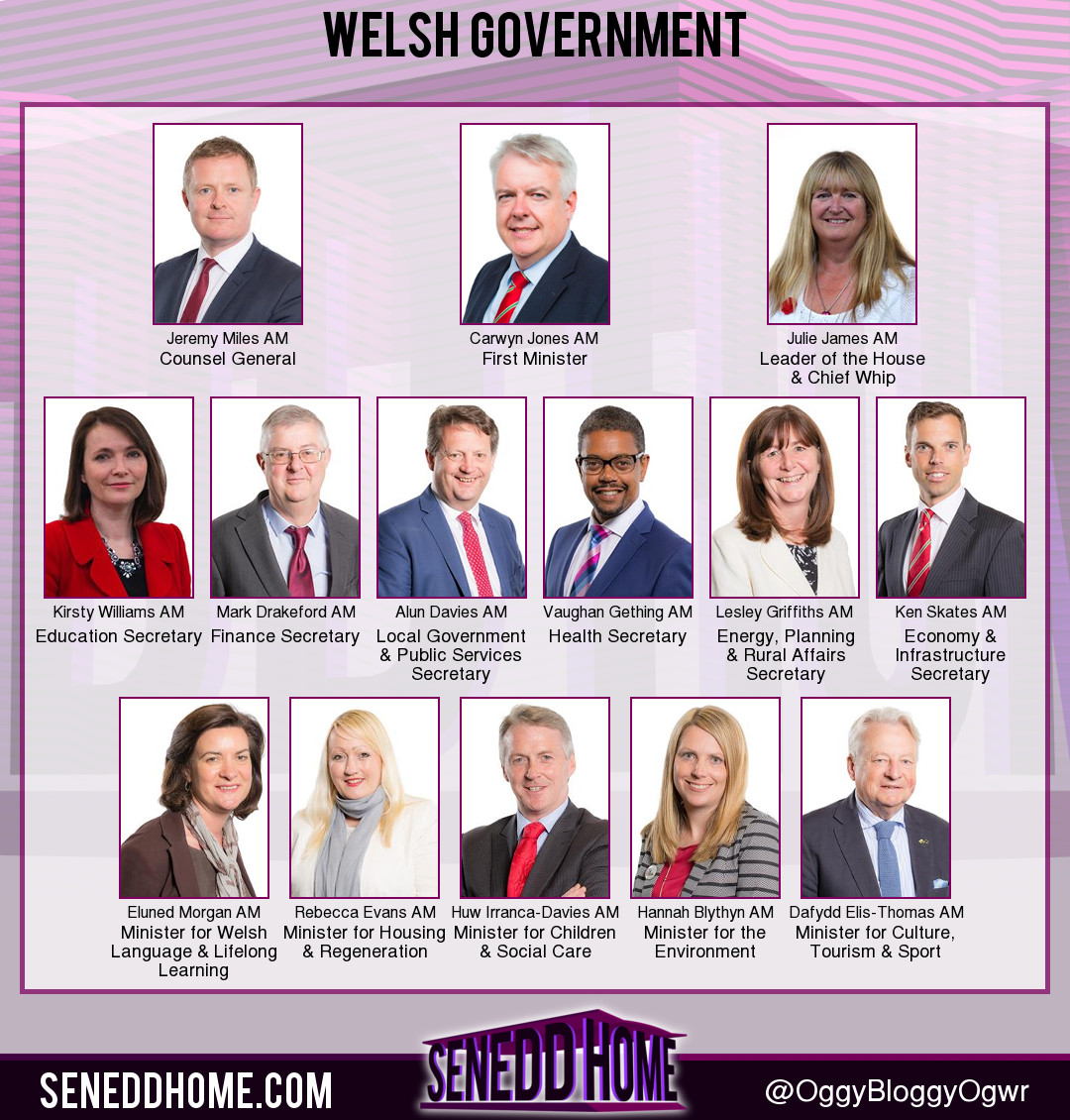 There’s not much more you can say without moving into the realms of speculation but the Communities Secretary position has effectively been abolished and replaced with a ministerial/non-cabinet role. Maybe it’s being kept vacant for Carl should he be cleared….though that might be optimistic given the scale of the changes.

To date, Alun’s tenures at the top table have ended in tears and he’s often proven more capable from the backbenches, but he’s back again taking on responsibilities from the Finance Secretary – presumably, so Mark Drakeford can concentrate on Brexit (though isn’t named as a specific Brexit Minister).

There had been rumours this was going to happen, though it’s not quite a cabinet role. There had been calls – mainly from Plaid Cymru – for a Culture Minister to be established….but I doubt they’ll be too happy with Carwyn’s pick! There are questions perhaps over his attendance at the House of Lords clashing and his new ministerial responsibilities.

Huw is, effectively, taking over a big chunk of Rebecca Evans’ old remit at Public Health & Social Services; presumably, the Public Health part will transfer to the Health Secretary. It was fairly obvious Huw would be one of the ones to get a more senior position, but it falls short of a full cabinet role. You would’ve thought he might be considered for an agriculture or environment role given his previous ministerial experience, but it was a waste to leave him on the backbenches.

Another fully expected promotion. Fluent Welsh-speaker in a heartland seat; obvious choice, though – like Dafydd Elis-Thomas – you’ve got to wonder whether her position in the House of Lords will clash with her ministerial responsibilities.

A sideways step for Rebecca, who takes on a large chunk of Carl Sargeant’s former portfolio. She’s proven to be a safe pair of hands so it’s a bit surprising she hasn’t been promoted to full cabinet.

Minister for the Environment

A surprising choice. You would’ve thought Huw Irranca-Davies would’ve got this role, but it’s an opportunity for one of the 2016 intake to show what they might or might not have.

Leader of the House & Chief Whip

In: Julie James AM (Lab, Swansea West)
Out: Jane Hutt AM (Lab, Vale of Glamorgan)

As one of the few remaining members of the “Class of ’99” – and reportedly the longest-serving Labour minister – this is a sign Jane Hutt will be probably standing down in 2021, having served in a number of cabinet positions (with a somewhat chequered history) since the Assembly was first established. There’s been praise from across party lines on her negotiating skills and ability to “build bridges”.

Julie James takes on the Leader of the House and Assembly Business responsibilities in addition to digital infrastructure.

(Subject to confirmation) In: Jeremy Miles AM (Lab, Neath)
Out: Mick Antoniw AM (Lab, Pontypridd)

Another surprise considering Mick had only been in the role for about 18 months and was highly-regarded; maybe it’s dissatisfaction with how Mick handled the Brexit case in the Supreme Court or a simple desire on his part to return to the backbenches. It’s another new, relatively unfamiliar face getting the nod – subject to approval by the Senedd and the Queen.

A reshuffle was due, but you can see now why the First Minister was so keen to be seen to act quickly on “personal conduct” at the Senedd – though it’s unclear at this time if it was directly related to the Carl Sargeant allegations or not.

Previous reshuffles have usually entailed nothing more than moving the existing names and faces around but this is more significant, marking the gradual handover of the reins of government to a new generation.

The first thing to note is there are more women in senior positions. Men are still the majority holders of government positions, but there are a number of women elevated from the backbenches which could be seen as a commitment to increasing the number of women in public life and diversity, with two openly-gay AMs also being selected for senior roles.

Secondly, the size of the government. Almost half of Labour AMs (and a quarter of all AMs once the Llywydd and Deputy Llywydd are excluded) are now on the government payroll (with a £20,000 salary bump) even if the size of the Cabinet itself remains the same. I suppose you have to use ministerial positions to give newer members experience, but the government is far too big for a 60-member chamber.

Thirdly, as Huw Irranca-Davies is being promoted he’ll no longer retain his chairmanship of the Constitutional Affairs Committee, which will reignite the row over the apportionment of committee chairs following Conservative complaints about Plaid, in particular, holding too many chairs for their group size.