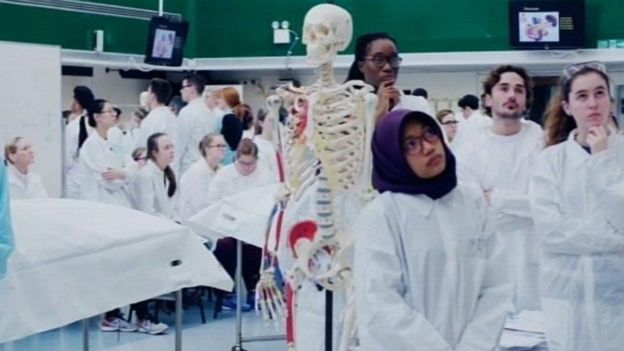 A Freedom of Information request to the Welsh Government (dated 4th December) revealed that at the start of the 2016-17 academic year, just 24.6% of the new intake of first-year medical students at Wales’ two medical schools were Welsh-domiciled (pdf). The equivalent figure in Scotland was 51% (across five medical schools).

According to the response, just 13.7% of applicants to Cardiff University’s medical school and 15.4% of applicants to Swansea’a graduate 4-year course for the 2017/18 intake were from Wales. 130 Welsh students were subsequently offered places at Cardiff, but no figures were provided for Swansea.

This does suggest an increasing proportion of Welsh-resident students are offered (and accept) places at the two Welsh medical schools, but it also suggests the Welsh NHS will have serious problems recruiting and training home-grown doctors due to poor long-term workforce planning and a medical education/admissions policy that (for whatever reason) is putting off our own students from studying here.

There have long been calls for the establishment of a medical school in north Wales, which could help retain future Welsh-resident doctors who may otherwise choose to study at Manchester and Liverpool (or further afield), while earlier this year the Health Committee called for reforms to how medical students were trained.