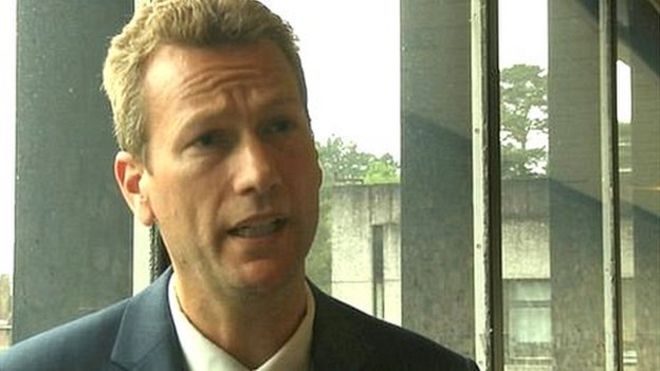 Nathan still “double-jobs” as an MEP and there were unsubstantiated reports that his office in Cardiff Bay was being cleared out. Lee Waters AM (Lab, Llanelli) suggests any resignation would be to ensure Nathan qualifies for an increased pension when British MEPs no longer stand for the European Parliament in 2019 (after which the UK leaves the EU).

If he resigns (nothing’s confirmed yet and he’s tentatively denied it), his Assembly seat would be filled by the third-placed UKIP candidate in 2016, Mandy Jones. A few days after the rumours emerged, Llyr Gruffydd AM (Plaid, North Wales) criticised Nathan Gill’s poor attendance record.

UKIP AM throws a huff after making transphobic comments

Gareth Bennett AM (UKIP, South Wales Central) flounced out of plenary on Wednesday after refusing to apologise for transphobic remarks made in a debate on human rights the previous afternoon.

The Llywydd, Elin Jones (Plaid, Ceredigion), said the AM would not be called to speak again in the chamber until he apologised.

In his speech, he criticised plans by the UK Government to give transgenders greater control over their own gender identity, saying rights for minority groups should be kerbed or “society would implode” if norms are deviated from.

The AM is also a member of the Committee which scrutinises equalities.

News of the deal in the first phase of talks between the UK and EU over Brexit has been broadly welcomed by Welsh politicians.

The deal effectively means the UK will have a Swiss-style “Soft Brexit” (more here) until at least 2021/2022, whereby the UK remains in the single market and customs union but withdraws from the EU’s political union. A negotiated free trade agreement will govern the relationship after that date.

The First Minister welcomed the deal, saying there had to be “one rule for the whole UK”, while the Welsh Conservatives said everyone can move on to the second stage of talks on trade. Plaid Cymru said the deal was a “wake-up call” for the UK Government where they were only able to get a deal after “a raft of concessions”.

Even UKIP in Wales described it as a “step forward” but bemoans the missed opportunity to repatriate controls over-regulation and “red tape”.

Wales is second only to German in global recycling rates according to a report from Eunomia research group, with an expectation that Wales will be first in the world sometime next year.

Just under 64% of Welsh household waste is recycled, compared to 42.8% in England. Wales also has statutory targets to hit a 70% recycling rate by 2025 and become “zero waste” by 2050 under laws passed by the Senedd. There are also plans to halve food waste by 2025.

A new cunning plan for the Welsh economy

A new economic plan for Wales was recently unveiled by Economy Secretary, Ken Skates (Lab, Clwyd South) with a view to “meet the needs of business today but also to help Welsh communities and businesses to rise to the challenges and opportunities of tomorrow” (pdf).

In order to receive direct Welsh Government assistance, companies will have to prove they have growth potential, ensure workers are fairly treated and be willing to meet long-term actions to prepare Wales for the economy of the future in areas like decarbonisation, automation and exports.

It hasn’t been the most pleasant period in Welsh politics, but yet another piece of bad news was released just a few hours ago.

Steffan Lewis AM (Plaid, South Wales East) released a personal statement this afternoon saying he’s been diagnosed with advanced Stage IV cancer following a recent scan. He thanked staff at the Royal Gwent Hospital for their support and care and requested privacy while he continues his treatment.

The only thing you can say in this situation is, “Keep fighting, Steffan.”