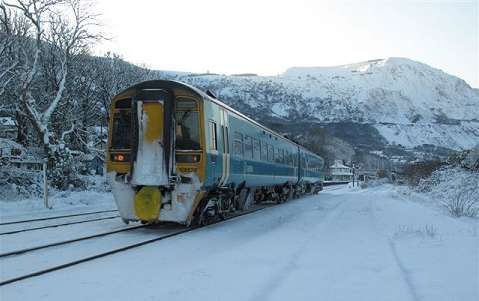 Most of the fanfare (in terms of economic announcements) yesterday went towards the Welsh Government’s new economic strategy – overshadowed by news that Welsh unemployment is again above the UK average less than 24 hours after the strategy trumpeted it as being lower.

Transport is a key part of this and the Economy Secretary, Ken Skates (Lab, Clwyd South), ran through some policy updates to national transport plans with AMs yesterday afternoon.

In a buzzword-laden statement, he told AMs the plans include reducing carbon emissions from transport by 80% by 2050, improving accessibility to public transport for the disabled, further feasibility work on both a north-east Wales metro and Swansea Bay metro as well as work to remove pinch points that affect bus services.

Shadow Economy Secretary, Russell George AM (Con, Montgomery), warned that rail services suffer constant overcrowding and was worried Wales will struggle to meet commitments to disabled passengers by 2020. In light of an expected 150% increase in demand for private vehicles by 2030, he pressed the need for more electric charging points.

Adam Price AM (Plaid, Carms. E & Dinefwr) was disappointed the statement focused policy areas while an overarching transport strategy is yet to be published. He believes such statements should only be made in the chamber when there’s an actual document to discuss and criticised the sidelining of improvements to north-south links since 2013.

Jenny Rathbone AM (Lab, Cardiff Central) was also concerned about the projected increase in car traffic and felt the Secretary statement was “too neutral” on a potential 150% increase; “Shouldn’t we do something about it, then?”

David Rowlands AM (UKIP, South Wales East) focused on lack of funding for bus services, saying cheap public transport was essential to get people to work. He also asked why very little of the South Wales Metro has been delivered on the ground?

Dawn Bowden AM (Lab, Merthyr Tydfil & Rhymney) supported Caerphilly Council’s calls for a Metro depot in the upper Rhymney valley and also supported completion of the Heads of the Valleys duelling programme (which recently run into trouble). Dawn warned that the Trago Mills store at Merthyr (due to open next year) means the surrounding road network requires strategic intervention.