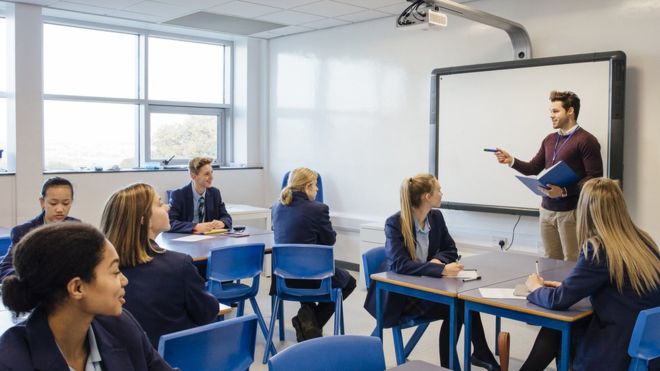 “Recruitment of new teachers and retaining them in the profession is of critical importance to ensuring we meet our ambition to create a well skilled and educated nation. The number of teachers looking to leave the profession is therefore of huge concern, especially when considered against current figures that show that intake targets for new teachers are being repeatedly missed.”

1. Ensure teachers are ready for the new curriculum

Following the Furlong Report in 2015, the Welsh Government have gradually introduced changes to teacher training (aka. Initial Teacher Education/ITE) by introducing new core standards in areas like leadership, innovation and pedagogy. The biggest change on the horizon is the phasing-in of the new National Curriculum.

A Committee survey revealed a critical lack of awareness with less than half of teachers saying they were fully aware of the proposed changes, 61% also believe that existing teacher training failed to provide school staff with the skills needed to do their jobs.

The Committee concluded that teachers and other professionals are unprepared for the changes – due to roll-out from September 2021 – but also believe there’s enough time to prepare the workforce as long as the Welsh Government act now.

2. Schools should learn from each other

There were concerns from witnesses that unless there were a standardised format and syllabus for teacher training, Welsh Government objectives may be difficult to achieve.

NUT Cymru said that one of the most powerful training tools for teachers is to simply watch and learn from each other (peer observation). The Committee also recommended a review of the use of INSET days.

3. Reduce teacher workloads and monitor why teachers leave the profession

The teacher survey highlighted that 78% of teachers say the workload was the biggest restriction to taking up extra training, closely followed by the cost of supply teachers (62%) and a lack of awareness of training opportunities (41%).

The Education Secretary has announced a School Business Managers pilot with the aim of removing administrative bureaucracy and paperwork from teachers’ and headteachers’ in-boxes.

Despite this, one survey said as many as 33.6% of teachers in Wales were considering leaving the profession in the next three years, with the workload and “numerous systems of accountability” blamed for causing stress.

Since 2005-06, the number of secondary school teacher trainees has fallen by 38%, while ITE centres have failed to meet their intake targets for the last three academic years; the situation was described by NUT Cymru as a “concealed crisis”.

Some subjects are experiencing teacher shortages, with science, maths and Welsh, while rural areas in general experience greater shortages than urban areas. The Committee also believes there’s a shortage of ethnic minority teachers.

There were mixed views on the use of financial incentives such as bursaries and golden handshakes to recruit teachers, with a belief that improving the general working conditions of the profession was more important than attracting specialist candidates.

5. Beef up the Education Workforce Council

While there was broad support for the development of new professional standards – developed by Wolverhampton University’s Prof. Mick Waters – teaching unions have decried them as too complicated and difficult to implement in the required timescales. The new standards are due to become mandatory by September 2018.

The Education Workforce Council – the regulator for people working in education in Wales – said it felt it didn’t “have the tools for its job” as they didn’t regulate professional standards themselves; equivalent bodies around the UK do have this responsibility.