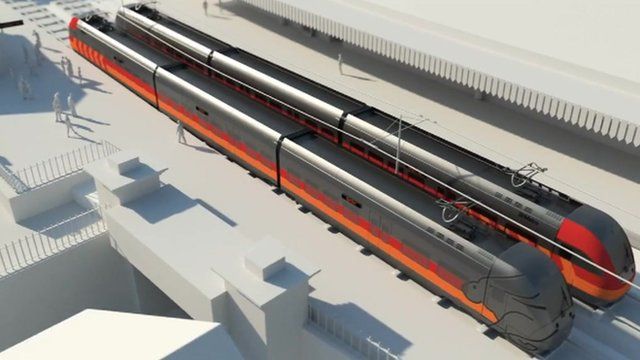 To date, the Welsh Government have been tight-lipped on what exactly their plans for the South Wales Metro and rail franchise are. The entire process has been shrouded in secrecy as the bidding process continues.

Last week’s collapse of Carillion did, however, bring that bidding process back into focus. Carillion were construction partners of Abellio – one of the franchise bidders. With Abellio no longer having a construction partner, it throws their participation in the bidding process into doubt, possibly leaving only two bidders left – MTR and KeolisAmey – if Abellio can’t find a replacement.

We know that the winning bidder will run rail services, but they’ll also be responsible for delivering the South Wales Metro, the next significant phase (Phase 2) of which is scheduled to be completed by 2023.

Again, the Welsh Government are being tight-lipped on their plans. Nobody has seen the specification documents outlining the bid requirements, but Transport for Wales have let the cat out of the bag (sort of) by gradually releasing detailed evaluation papers.

The latest cache of documents included outline plans for a new Metro depot at Taffs Well – long speculated in the media, so not unexpected.

At the moment, everyone is working on an assumption that the Valley Lines will simply be electrified with new/cascaded rolling stock.

What’s become clear from the depot plans and other documents is that a decision has been made to – or there’s a very strong assumption in favour – convert the Valley Lines to light-rail (with the exception of Ebbw Vale, Vale of Glamorgan; light-rail for Maesteg isn’t ruled out), probably as tram-trains.

Last week’s news of a future redevelopment of Cardiff Central includes reference to street-running trams and that’s indeed a preferred option in the documents – though the extent of the proposed tram network is still unclear.

If, however, light-rail conversion is chosen it poses several significant issues.

For starters, it means most of the money spent resignalling in and around Cardiff (hundreds of millions of pounds), as well as the extension to Cardiff Central station, will likely have been wasted – it won’t matter anymore as light-rail often runs on simplified signalling systems and it’s unclear yet how trams/tram-trains would travel through Cardiff Central or even whether they would travel to the station at all (forcing changes at Queen Street).

The infrastructure of a light-rail network is likely to come under the control of the Welsh Government and their future rail franchise partner, not the UK Government via Network Rail. Light-rail is also less labour intensive, meaning you probably won’t see conductors and the drivers will likely be paid less.

While a light-rail/tram-train system would mean being able to fit in more services on the same amount of track, the facilities on board will be limited – no toilets, for example. These facilities will have to be provided elsewhere and require many unmanned stations north of Cardiff to be significantly upgraded.

All will eventually be revealed, but opposition AMs are going to have to have their thinking caps on and not let some of these inconvenient little details get brushed under the carpet.