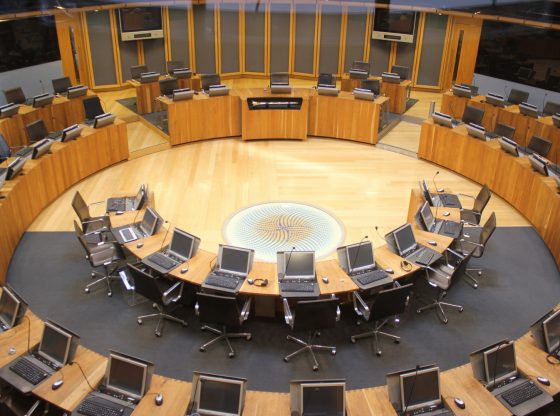 Earlier this afternoon, AMs unanimously backed launching a public consultation on proposals to reform the National Assembly that were contained in the McAllister Review, which was published at the end of 2017 (more here).

The Llywydd, Elin Jones (Plaid, Ceredigion), pressed the case for any legislative changes to be made during this Assembly. The public consultation will be launched as early as next week, but she wants it to be as wide as possible and include people who “would not usually consider responding to an Assembly consultation”.

Angela Burns AM (Con, Carms. W & S. Pembs.) believed it was right not to pre-empt the views of the public and called for the consultation to use plain language to explain some of the reviews more complicated/technical proposals.

Simon Thomas AM (Plaid, Mid & West Wales) wanted the people of Wales to understand that the Assembly is becoming “a genuine parliament”. There were a number of principles he would like to see achieved including expanding capacity to scrutinise the government, encouraging younger people to vote, proportional representation and gender balance.

Vikki Howells AM (Lab, Cynon Valley) highlighted Labour’s track record at having women elected members, but it shouldn’t be for an expert panel to point out to political parties that they should be more representative.

Gareth Bennett AM (UKIP, South Wales Central) wanted to ensure this was a genuine consultation and not one for “the usual suspects and stakeholders”. UKIP also believes that any expansion of the Assembly needs a referendum to secure popular consent.

As one of the few remaining members of the “Class of ’99”, David Melding AM (Con, South Wales Central) said that considering the weight of work AMs now have to do their ability to perform is “remarkable” – the biggest weakness being the low number of AMs to sit on committees. He would prefer a more gradual expansion to 75 AMs than anything more dramatic to keep a cap on “more politicians”. He also repeated his suggestion of creating a “citizen’s chamber”.

Both Sian Gwenllian AM (Plaid, Arfon) and Jane Hutt AM (Lab, Vale of Glamorgan) talked up recommendations on gender balance. Sian wanted it enforced by law, while Jane wanted to future-proof the Senedd, highlighting other ways of increasing the numbers of women such as Labour’s “constituency twinning” system.

In reply, the Llywydd said that the consultation would be as wide as possible, but the expert panel believed that David Melding’s idea of a citizen’s chamber was “too expensive to undertake”. All options and recommendations – including on the number of AMs and legally-enforceable gender balance – are open for debate.

Plaid Cymru sets out their path to independence