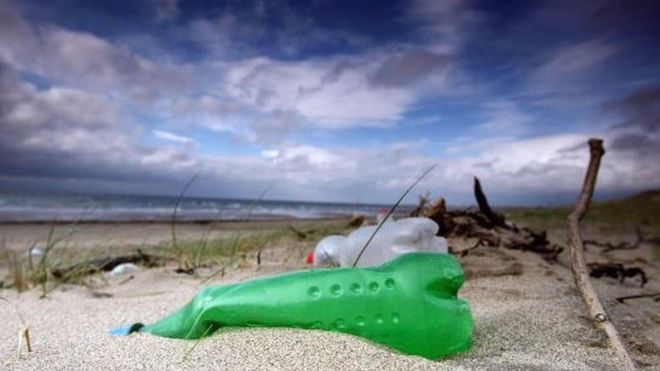 According to BBC Wales, many businesses across the country are stepping up efforts to reduce the amount of plastic they sell or use to improve the environment.

A number of recent high-profile campaigns have raised awareness of how much plastic makes its way into the seas and oceans.

An element of self-interest as a possible tax on single-use/disposable plastics has been mooted at both the National Assembly and at Westminster.

“Grown up debate” needed on future of Welsh NHS

The Health Secretary, Vaughan Gething (Lab, Cardiff S. & Penarth), said health services could collapse if they’re not transformed, calling for “grown up” debate and an acceptance by opposition and Labour AMs alike that “difficult choices” face them.

It comes following the row between Adam Price and the First Minister at this week’s FMQs and unease over plans to possibly close hospitals in west Wales by Hywel Dda health board.

He told BBC Wales, “The choice for a politician is either to say – I’m only standing up for the noisiest part of the debate and I demand that you stop everything, or to say I recognise what we’ve been told that doing nothing is the worst thing to do for the future of the health service.”

“This Is Me” campaign to challenge gender stereotypes

The Welsh Government have launched a new public information campaign, called “This Is Me”, to change perceptions around gender.

The Leader of the House, Julie James (Lab, Swansea West), said the campaign was to show everyone that they have the right to be who they want to be without any barriers. The campaign features a male Youtube make-up vlogger, a male midwife and a woman mechanic.

Education Secretary, Kirsty Williams (Lib Dem, Brecon & Radnor) will instead introduce legally-binding (statutory) guidelines for local authorities to maintain a database to monitor children who don’t attend schools. The move was welcomed by the Children’s Commissioner as, “a step in the right direction”.

The Leader of the Opposition, Andrew RT Davies AM (Con, South Wales Central), called for the Welsh Government to open talks with his party over faltering plans for a Newport bypass.

Projected costs of the project are close to hitting £1.5billion, and several backbench Labour AMs and Plaid Cymru are outspoken opponents of the scheme. If the project goes to a plenary vote it’s likely the Welsh Government would be defeated unless they can win the backing of the Conservatives – who broadly support the proposal.

Andrew did, however, caution that his party would be unwilling to “write a blank cheque”, suggesting there may be a ceiling at which the Tories themselves would be willing to oppose the bypass.

UKIP AM blocked from speaking at modern slavery event

David Rowlands AM (UKIP, South Wales East) was barred from speaking at a modern slavery event at the Senedd by the sponsor, Joyce Watson AM (Lab, Mid & West Wales), for his views on immigration.

Rowlands had intended to say that modern slavery was a crime against immigrants committed by immigrants, but Watson believed UKIP were trying to “hijack” the event, adding that UKIP AMs “take up enough time in the chamber and Assembly committees peddling their anti-immigrant rubbish.”