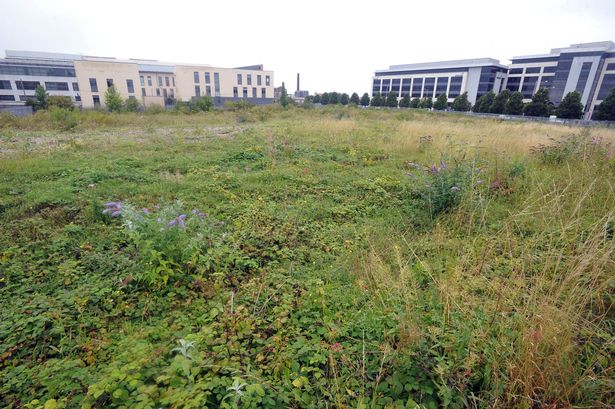 From April, the first distinctly Welsh taxes in hundreds of years will start to be collected. In last year’s draft budget, the Welsh Government said they were considering four possible new taxes.

After careful consideration and consultation, he’s chosen to move forward with a vacant land tax, similar to one in the Republic of Ireland. He believes it would “incentivise development” of new housing, with the provisional proposal being to create a register of vacant sites and if no development has taken place within a year the tax would be applied.

In Ireland the tax is applied as 3% of the value of the land in the first year, rising to 7% in the second year – though it’s unclear yet what tax rate the Welsh Government are considering. It was also in the earliest stages of development so not guaranteed to go forward.

Shadow Finance Minister, Nick Ramsay AM (Con, Monmouth), said “common sense had prevailed” in the dropping of the tourist tax but was sceptical on setting local rates. On the vacant land tax, he believed anything that leads to more housing is to be welcomed, but “the jury was out” on how much such a tax would raise in Wales.

Simon Thomas AM (Plaid, Mid & West Wales) was disappointed at the plastic tax being ditched. He wondered who a vacant land tax would apply to? A lot of land in Wales is owned by the public sector and we could end up with one part of government taxing itself or another publicly-funded body.

Neil Hamilton AM (UKIP, Mid & West Wales) applauded the cautious approach and believes the vacant land tax would be the “least damaging” of the proposals, but wanted clear differentiation between land banks and land left undeveloped for reasons beyond a developer’s control. Neil was also pleased further work will be undertaken on a social care levy – as was Jane Hutt AM (Lab, Vale of Glamorgan) – and, echoing the Tories, that the tourism tax has been dropped and wasn’t necessarily opposed to the idea of local authorities applying their own levy.

Mike Hedges AM (Lab, Swansea East) said a disposable plastic tax was necessary regardless of which government introduces it. He added that a vacant land tax could stop developers buying up land to stop other developers from building on it and change behaviour with regard adding speculative development land to Local Development Plans (LDP).

Mark Reckless AM (Con, South Wales East) believed a 1/2 year window was too short to start applying a vacant land tax when LDPs often cover 10-20 years. Vikki Howells AM (Lab, Cynon Valley) was elected partly on opposing land banking in her constituency and believes it leads to urban dereliction.

Adam Price AM (Plaid, Carms. E & Dinefwr) called for a radical re-think of Council Tax to make the burden fairer, to which the Finance Secretary said work would be undertaken to consider whether a land value tax (or other options) is fairer than other forms of local taxation.