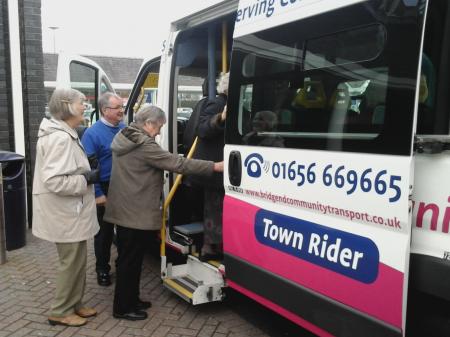 Community transport is (in most cases) a not-for-profit service provided by volunteers to help “fill gaps” in commercial bus services. In light of cuts to bus subsidies by the Welsh Government and local councils, their role is more important than ever – particularly for the disabled and elderly.

Vehicle licensing and regulation is non-devolved and mostly regulated by EU law. The UK Government’s Department for Transport (DFT) is undertaking a consultation on what the regulations might look like after Brexit based on their own interpretation of them.

Community transport drivers are currently exempt from needing a PSV licence because they don’t provide commercial transport. However, as some community transport services take payment (even if not-for-profit) and run services alongside traditional bus routes, this status has been challenged as directly competing against commercial operators (which isn’t allowed under EU law). The UK Government propose changing the system to only allow an exemption (where a driver will only need a permit rather than a full licence) if strict criteria are met.

Mark Isherwood AM (Con, North Wales)
For (the motion): There’s a great deal of uncertainty in the sector.

Jane Hutt AM (Lab, Vale of Glamorgan)
For: Paying tribute to services in her constituency.

Suzy Davies AM (Con, South Wales West)
For: They support other services, including the NHS.

Russell George AM (Con, Montgomery)
For: It saves councils and the NHS money.

Dai Lloyd AM (Plaid, South Wales West)
For: We know it makes a positive impact.