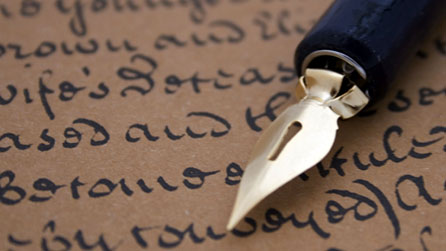 Firstly, some background for the unfamiliar.

An independent Review Panel looked into support for literature in Wales, commissioned by the now Economy Secretary, Ken Skates (Lab, Clwyd South) in 2015 and reporting back in June 2017. The report was controversial because amongst its recommendations included proposals to strip Literature Wales of some of its functions and funding due to concerns over internal governance and strategy – accusations the body rejected.

The Wales Books Council generally supports publishers, while Literature Wales supports writers themselves and runs programmes such as the Book of the Year Award.

“We are concerned that the way in which the debate on this review has been conducted has overshadowed important issues within the sector that remain to be addressed. For this reason, we are minded to look at the sector again, in more depth, once the immediate causes of concern have been dealt with.”

1. The Welsh Government can’t make their minds up what to do next

At the time the report was published, Ken Skates gave it a thumbs up, effectively accepting its recommendations, despite saying no final decisions had been made.

However, during the 2018-19 budget process, Culture Minister, Dafydd Elis-Thomas (Ind, Dwyfor Meirionnydd), told the Committee that a decision had been made to let Literature Wales continue to run the Book of the Year Award – which the Review recommended stripping from them.

The Committee recommended that any changes to Literature Wales’ functions be stalled until a more detailed review and analysis is carried out.

2. The Review’s findings were “inaccurate” and “insufficient”

Literature Wales strenuously denied many of the findings and accusations in the Review. The Panel claimed there wasn’t the right mix of skills to deal with public money, but the body countered that by saying they were independently audited every year with no concerns raised.

The Review also said 75% of Literature Wales’ budget went on staff costs, when the actual figure was 44.5%. Literature Wales said the negative findings had “already had a damaging impact on its fundraising activities and its relationships with partner organisations”.

The Chief Executive of Literature Wales, Lleucu Siencyn, said meetings with the Review Panel were “quite aggressive at times” and the body was put on a “red list” of organisations at risk of problems (by the Arts Council of Wales) purely on the basis of this report. The language in the Review painted a picture of an organisation on the brink of collapse, for which there was little evidence.

The Committee agreed with the Arts Council that some aspects of the Review weren’t in-depth enough to draw conclusions from – such as declines in the value of publishing in Wales. The Review was also too narrowly focused on publishing and didn’t take into account changing trends in literature, such as digital publishing.

3. Review Panel members had a conflict of interest (but these were managed)

One of the panel members was (seemingly) Chair of an organisation Literature Wales used to fund (Welsh Literature Exchange). There were no publishers on the panel. Some of the observations were also said to have been based on personal opinion with no basis in fact – examples include saying Welsh bookshops don’t see representatives or the Wales Books Council was solely concentrating on Welsh language literature.

The Committee did, however, agree that there were no doubts over the personal integrity of the Panel members, who were doing a public service and who were victims of ad hominem attacks in the reaction to the report. They were satisfied personal interests were properly declared and dealt with. They did, however, recommend a more open and transparent appointments process for similar Panels in future.

The report flagged comments by Dawn Bowden AM (Lab, Merthyr Tydfil & Rhymney), who said as it was her first time dealing with the sector, the” factionalism, rivalries and jealousies” left her questioning why such bodies received public funding full stop.

The Committee concluded that, not only were some of the criticisms valid, but “Literature Wales’ overly defensive response to the report does not cast the organisation in a good light and has not contributed to future collaborative working or a mature debate on the future of the sector….we were not impressed by its senior leadership team on this episode.”