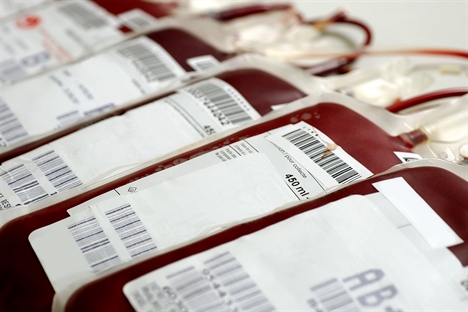 The infected blood scandal is widely considered to be one of the worst scandals in NHS history, with around 4,800 people – mainly haemophiliacs – infected with hepatitis C and HIV during the 1970s and 1980s with blood plasma imported from the United States which hadn’t gone through any significant pre-screening.

It’s estimated around 70 people in Wales died as a result.

The Health Secretary welcomed the appointment of Justice Langstaff as chair of the inquiry, which will start on 1st May 2018. A website has been launched (here) with a consultation on the inquiry’s terms of reference closing on 26th April 2018.

He asked for assurances that the evidence of Welsh survivors and their families will be properly taken into account and the Welsh infected blood survivors service (WIBSS) – administered by Velindre NHS Trust, and providing assistance “above and beyond” merely financial support – will assist those who may be too elderly or infirm to give evidence in person.

Shadow Health Minister, Angela Burns (Con, Carms. W. & S. Pembs.) paid tribute to the campaigners who’ve fought for an inquiry (as did everyone else). She hoped the Welsh NHS will co-operate “in every conceivable way”, particularly in looking for paper trails – to which the Health Secretary said he would consider “the ability of Government to direct information to be made available”.

Rhun ap Iorwerth AM (Plaid, Ynys Môn) asked whether the Welsh Government and Senedd will be considered stakeholders in the inquiry as both will need to contribute to that work? He also criticised the length of time it’s taken for an inquiry to be established and wondered if that delay should also be investigated?

The Health Secretary was expecting the government to be consulted on the terms of reference and he also expected the inquiry to look at more than the events in the 1970s-80s “to get to the truth of the matter”.

Caroline Jones AM (UKIP, South Wales West) was disappointed it’s taken a year to get the inquiry up and running as victims are still dying; another 60 have died since the inquiry was announced. She asked about what the Welsh Government could do to properly publicise the inquiry and whether notes of Cardiff University’s Prof. Arthur Bloom (d. 1992) – who reportedly experimented on haemophilliacs and exposed them to viruses – will be made available to the inquiry?

Vaughan told her there would be “no attempt to hide” and any information held by the Welsh NHS will be made available.

Chair of the Cross-Party Group on Haemophilia and Contaminated Blood , Julie Morgan AM (Lab, Cardiff North), raised concerns from Haemophilia Wales about the amount of evidence available on the role of the Wales Office at the time, as well as the Welsh Blood Service and Chief Medical Officer due to alleged missing documents and the prospect of misconduct by public bodies.