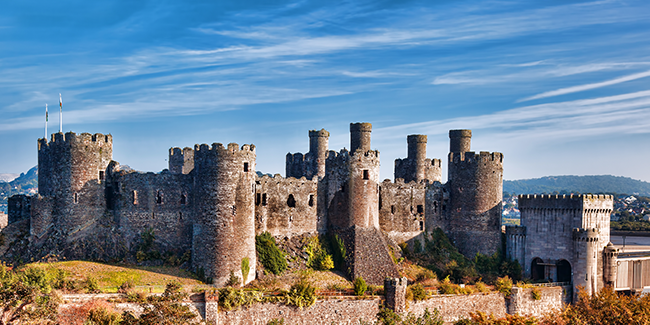 “This is our heritage and it is vital that we protect it, nurture it and hold it in trust for future generations to learn from and enjoy. Nor should we ignore the economic benefits that our historic environment can bring through tourism and promotion of Wales as a place to live and work.”

1. Some aspects of the Historic Environment Act 2016 are yet to be fully implemented

A significant part of the Act has been implemented, but there are areas yet to be so including the creation of Heritage Partnerships, a statutory register of historic parks and gardens, powers relating to preserving listed buildings that are in a state of disrepair and establishing an advisory panel for the historic environment.

Work is progressing on many of these, though the Culture Minister, Dafydd Elis-Thomas (Ind, Dwyfor Meirionnydd) has said he “doesn’t like advisory panels” and, while acknowledging the commitment to establishing a panel in the Act, was somewhat ambiguous about how that might happen.

2. Historic assets are at risk for a number of reasons

Local authorities were said to direct their attention towards people who make technical breaches of heritage laws (which has a higher rate of success) rather than those who “deliberately” destroy heritage sites.

Witnesses listed a number of specific areas of concern when it comes to protecting historic sites, including: farming (though it’s not as bad as in England), lack of an agreed strategy on maritime archeology, cuts to heritage protection budgets and a clash between heritage and environmental priorities (i.e. environmental damage caused by restoration work, or modifying heritage-worthy buildings to be more environmentally-friendly).

Some historic buildings – churches in particular – were at risk because of under-use, with the church body, Cytun, suggesting that the “best way to protect the majority of these buildings was sympathetic adaptation” as church attendances fall.

3. We aren’t any clearer on future collaboration between heritage bodies

The Welsh Government have proposed a “strategic partnership” between Cadw, the Royal Commission on Ancient & Historic Monuments, National Library and National Museums.

The Committee says that since then, the only update they’ve received “offered little additional information beyond some limited outline indications of progress and high-level aspirations”. In English: PR fluff.

While Cadw itself is set to remain part of the Welsh Government, the Culture Minister wasn’t clear enough on what the body’s newfound “greater flexibility” will mean in practice.

1.4million people visited staffed Cadw sites in 2016-17, generating £6.6million in revenues, which was re-invested by Cadw. Over the last three years, Cadw has exceeded its “ambitious targets”, with memberships also increasing.

Witnesses and the Committee agreed that more needed to be done to make the most of Wales’ heritage sites for tourists; Cadw sited the need for digital interpretation at some key sites.

The National Trust are developing its own marketing data and the Culture Minister agreed the Trust and Historic Wales should work closely on that, particularly in sharing marketing expertise. Brexit also appears where you least expect it, with Cadw receiving £8.5million in EU funding for heritage tourism, the future of which is in doubt.