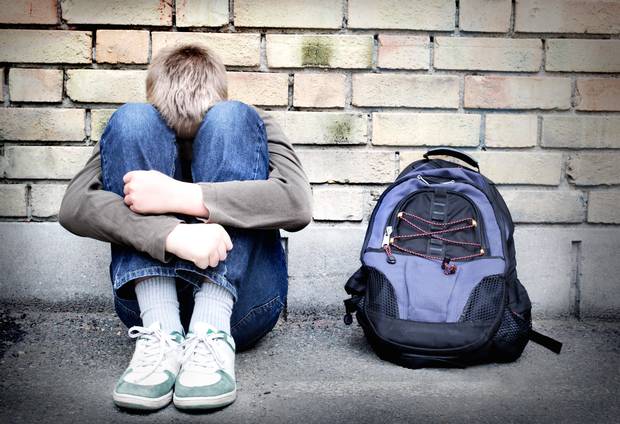 “As it stands, the pieces of the jigsaw that need to be in place to enable children and young people to be supported outside the most specialist settings simply do not exist. This is unacceptable and must be addressed urgently by the Welsh Government.”

1. Early intervention at school is essential

The Committee believes the forthcoming reforms to the National Curriculum present an opportunity to address this in the best place possible – the classroom. There was a consensus amongst witnesses that the school environment, teaching children how to cope with stress and anxiety and better training of educational staff to notice the signs of emotional and mental ill-health would go some way to improving the situation.

The Committee recommended that within three months, the Welsh Government publish how they see health and education working together to inform the development of the new curriculum.

2. Social media is “a scourge”

76.4% of girls and 84.6% of boys in Wales used a computer for two or more hours a weekday; World Health Organisation guidelines recommend this be limited to two hours or less.

While it was acknowledged there can be positives to social media use (such as increased connectivity and interaction) there are also big negatives like cyberbullying. Headteachers said that children used to “switch off” after a school day, but now they never do.

Education Secretary, Kirsty Williams (Lib Dem, Brecon & Radnor) said social media was seen as “a scourge” and she was often told it re-ignited issues in schools that were previously resolved. The Welsh Government have committed to developing online safety resources for teachers and embedding digital skills in the curriculum.

Local authorities have a legal duty to provide independent counselling services for secondary schoolchildren. While these services are well-regarded, witnesses said counsellors were becoming overwhelmed by the workload, while there was variation in provision between schools.

Two Royal Colleges and teaching unions recommended extending counselling to primary schools, though the British Psychological Society cautioned against counsellors becoming a “default option”. There was also said to be a stigma attached to visiting school counsellors if visits are visible to other pupils, while it also takes pupils out of lesson time.

The Committee recommended the quality, range and scope of school counselling be reviewed, as well as how the service tackles stigmas about mental health and how it could offer assistance outside school (such as online) and to the under-11s.

Schools aren’t the only way children can access help for mental illness, but there are signs that Child and Adolescent Mental Health Services (CAMHS) have actually gotten worse since a previous inquiry in 2014, not better.

The Committee rebuked the Welsh Government for not doing more to address the issues in the previous inquiry and said they should’ve done more to develop alternative low-to-intermediate support services. They were also concerned that there was no protection for the CAMHS budget despite the wider mental health budget being ring-fenced.

They nevertheless welcomed a decision by the Welsh Government to review primary mental health services for children by the end of 2018.

5. The emotional well-being of children “should be a national priority”

This is what the Committee describes as their key recommendation, which would mean, in practice:

This is one of longest and most thorough reports of its kind I’ve come across at 144 pages and about 43,000 words.

Once reports start going to 70+ pages, it’s a sign it would’ve been better as two or three separate inquiries (in my opinion). That’s not a criticism of this report’s content as it’s of a very high standard.

However, you should be told I’ve had to skim some areas for the sake of brevity – though I believe I’ve done a good enough job of summarising the key points it would’ve been three/four times as long if I wasn’t as selective.

If you want me to keep doing this thankless and wholly under-appreciated task you know what to do. When it’s gone, it’s gone for good.