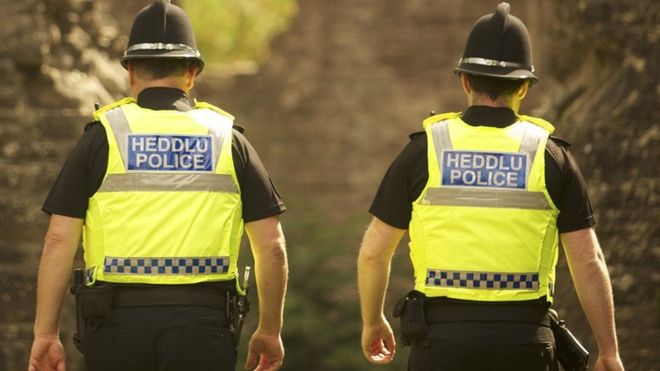 £3million raised by Welsh police forces under the apprenticeship levy has reportedly “gone missing” according to the Police Federation. It’s understood the money was lost in a dispute between the UK and Welsh governments over who should be responsible for funding the police training.

Although policing is non-devolved, the Welsh Government is responsible for part-funding the four police forces, community safety is a devolved matter and they’re also responsible for redistributing apprenticeship levy funds.

PCC Jeff Cuthbert (Lab, Gwent Police) said he didn’t know where the money was, while PCC Arfon Jones (Plaid, North Wales Police) said both the Welsh and UK governments had “shown contempt” for policing in Wales.

The Wales Audit Office published a damning report into Pinewood Studios Wales on June 12th. It revealed that the studios were costing Welsh taxpayers £392,000 a year to run (though the figure is likely to be higher as some figures were kept confidential).

Pinewood agreed to a 15-year deal to run the studios, paying a rent fo £547,000 a year. However, the agreement was ended after just two years and after the Welsh Government agreed to fund marketing costs of £524,000 a year. £13.7million has been invested, but only £4.2million recouped, meaning the studios have made a loss of £9.5million to date (with some projects yet to be completed).

The relationship with the production company, Bad Wolf, as well as the physical unsuitability of the studios for high-end productions was also said to have had a negative impact.

Suzy Davies AM (Con, South Wales West) described the project as “a turkey….there have been no sustainable jobs and there was no safeguard within its agreement with the Welsh Government preventing conflict of interest.”

The Welsh Government defended the project as an “opportunity that Wales could not afford to miss out on.”

Appointments to the Assembly Commission are usually formalities. Not this time.

It wasn’t to be as he became the first AM to be rejected for a Commission post, losing by 31 votes to 17 with 3 abstentions.

The Wallich – a homelessness charity – joined calls for drug consumption rooms (aka. Fix rooms) to be introduced in Wales. They believe medical-grade drug rooms with supervision will cut down on drug-related deaths. The idea has the support of PCC Arfon Jones.

Such rooms are used routinely in Denmark, The Netherlands, Germany and Spain but BBC Wales reported concerns from a mother of a heroin addict who believed tackling the drug use itself was more important.

More services will be provided in the community and at home as part of a new Welsh Government strategy to reduce pressure on hospitals.

Under the plans some services – such as antibiotic treatment, consultant consultations and scans – being provided by GPs and community hospitals which will prevent lengthy hospital stays. Social care will also be planned when elderly patients go into hospital to enable them to return home earlier and prevent “bed blocking”.

The strategy is backed by a £100million Transformation Fund. Health Secretary, Vaughan Gething (Lab, Cardiff S. & Penarth) said, “This will be a revolution from within the health service. We have to move on from the idea that the hospital is the first or best place for you to be when you are unwell. That isn’t always the case, especially when there is a range of local services that will allow you to remain safely at home.”

The Minister had previously delayed her decision in favour of a “national conversation”. However, she still needs the support of at least 5 AMs in order to run; so far none have confirmed their support.

She said, “I think I would probably position myself in the same place as Mark Drakeford, the centre-left, but also somebody who’s extremely practical, exactly like Mark Drakeford.”