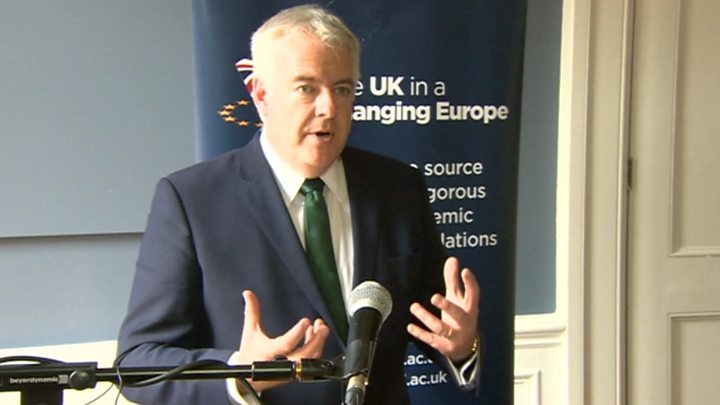 First Minister “supports an end to freedom of movement”

He also called on the UK Prime Minister to “put the UK before her party” and support a “sensible Brexit”, warning that a “no deal scenario” would be a catastrophe.

Third of Assembly workers have experienced some form of harassment

A survey undertaken by the Assembly Commission as part of work on its Dignity & Respect policy in light of the 2017 harassment scandal (pdf) revealed 33% of those who responded to the survey had experienced harassment or inappropriate behaviour at least once, and 38.5% had seen harassment.

In response to the survey results the Commission said, “Today we are restating the view that inappropriate behaviour by Members, their staff or Commission staff will not be tolerated. Collectively, we all have a responsibility to ensure that the National Assembly for Wales is a safe environment for those who work here, for those who visit the estate and for anyone who has dealings with us. Those principles apply wherever we undertake our work.”

An independent inquiry led by Paul Bowen QC into the First Minister’s actions immediately before and after the death of Carl Sargeant in November 2017 has launched after terms of reference were agreed and a pre-inquest hearing was held. The pre-inquest revealed that Carl Sargeant was receiving treatment for depression at the time of his death. The process is expected to last 6 months.

The inquiry was, however, immediately beset by problems. The first being an e-mail from the Permanent Secretary which called for evidence from civil servants to be passed to herself or Welsh Government HR – this was later amended to say evidence could be sent directly to the inquiry itself.

Secondly, the Sargeant family’s legal representatives threatened to refer the inquiry’s ground rules to the High Court for judicial review, after saying they had effectively been “shut out” of the process. They expressed concerns over the timing of the inquiry (which will mean their barrister being unable to attend sessions due to their involvement with the Grenfell disaster inquiry) and their counsel being denied the right to cross-examine witnesses, including the First Minister.

A road safety campaign group, 20s Plenty For Us, has called for the Welsh Government to use its new powers over speed limits to increase the number of 20mph zones.

Speaking to BBC Wales, the group said “We have had opposition – mostly on social media – saying if people don’t pay attention to the 30mph limit, why would they listen to 20mph? But it’s about changing attitudes and change has to start somewhere.”

Local authorities are responsible for setting speed limits on local roads, but often restrict them to outside schools and playgrounds. Only Cardiff Councils has widespread use of them.

NHS boost in England will mean “extra £1.2billion” for Wales

Following an announcement by the Prime Minister that the NHS in England will receive an additional £20billion a year by 2023, the Welsh Conservatives called for the expected £1.2billion boost to the Welsh budget to be spent on health.

It’s unclear how the money will be raised, but it’s expected to come partly from the (infamous) claim of £350million a week going to the EU combined with either a tax increase or a freeze on personal tax allowances.

The Welsh Government said, “While we welcome any additional funding, it cannot be forgotten that had the Welsh Budget seen real terms growth between 2010-11 and 2019-20, the budget would be some £4bn higher than it is today.”

Neil Hamilton AM (UKIP, Mid & West Wales) will attempt to regain his leadership of the UKIP Assembly group from Caroline Jones AM (UKIP, South Wales West) after the central UK party ordered a ballot of party members. Neil and Caroline are expected to be the only candidates.

Following his unceremonial removal and failure to become an Assembly Commissioner last week, Neil said “I’ve had 40 years of experience in politics. I’m the only member of UKIP who has actually been a government minister. I’ve got a wealth of experience and knowledge that I want to use for the benefit of UKIP and ultimately for the benefit of Wales.”